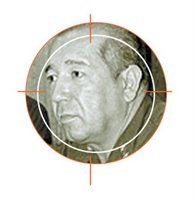 Yesterday a jury in federal court in Memphis, Tennessee, convicted former Salvadoran Deputy Defense Minister Nicolas Carranza of "command responsibility" for crimes against humanity committed by death squads operaing with the support of the U.S.-backed military. Carranza was on the CIA payroll throughout the period in question -- indeed, for 20 years -- and was naturalized as a U.S. citizen in 1985. It took a quarter of a century to bring this infamous immigrant to justice. The people in the United States government who supported him or were apologists for the actions he carried out in the first term of the Reagan administration have never been held to account.

One would love to know more, for instance, about the relationship of now-Deputy National Security Adviser Elliott Abrams with the infamous Col. Carranza. Under Reagan, first as assistant secretary of state for human rights, then as assistant secretary for Inter-American affairs, Abrams was one of the administration's leading dissemblers. He denounced the New York Times report of the infamous Mozote massacre, for instance, as mere communist propaganda. During the Iran-Contra scandals, Abrams lied to Congress. Faced with felony counts for his offense, he copped a misdemeanor plea and subsequently received a pardon from President George H.W. Bush. I suspect that even the shameless Abrams found Carranza distasteful. He may actually have seen him as a liability, since Carranza was such a lighning rod for criticism. But there's still much to be uncovered. Let's hope the Carranza investigations continue on up the line.

For more on the Carranza case, visit the Web site of the Center for Justice and Accountability. Following is an excerpt of the organization's presentation:

The year 1980 in El Salvador was marked by rampant human rights abuses, forced disappearances, arbitrary detention and murder. The Security Forces, working as or with plainclothed "death squads", carried out widespread atrocities against civilians, including opposition political figures, members of labor unions, and people who provided care and education to the public, such as teachers, doctors, rescue workers and priests. Experts estimate that 10,000 to 12,000 unarmed civilians were killed in 1980 alone, including revered Salvadoran Archbishop Romero. CJA filed a separate case against one of the conspirators in the Romero assassination in September 2003.

Colonel Nicolas Carranza, a naturalized U.S. citizen living in Memphis, was Vice-Minister of Defense of El Salvador from late 1979 to early 1981. In that position, he exercised command and control over the three units of the Security Forces - the National Guard, National Police and Treasury Police - that was responsible for widespread attacks on civilians. Despite being removed from his position as Vice-Minister due to U.S. pressure over his human rights record, Colonel Carranza was later brought back in 1983 as head of the brutal Treasury Police. After being forced out of the Treasury Police, Carranza immigrated to the United States in 1985. He became a U.S. citizen in 1991. In 1984, the New York Times reported that Colonel Carranza had been a paid informant for the CIA.

November 18, 2005. Today, the federal court jury found Memphis resident Colonel Nicolas Carranza, the former Vice-Minister of Defense of El Salvador, responsible for overseeing torture and killings in that country. The verdict is a partial verdict in favor of four of the five plaintiffs. The jury has yet to reach a verdict on the claim of the fifth plaintiff, Ana Patricia Chavez, and is continuing to deliberate.

The verdict represents the first time that a U.S. jury in a contested case has found a commander liable for crimes against humanity. This means that violations were committed as part of a widespread or systematic attack against the civilian population of El Salvador. The jurors awarded each of the four plaintiffs $500,000 in compensatory damages for a total of $2 million.

The jury also recommended that Carranza should pay punitive damages. Additional testimony will be taken today or Monday to determine the precise amount of that award.

The trial was marked by several important revelations. Former U.S. Ambassador to El Salvador Robert White testified that Colonel Carranza was a paid informant for the CIA while he was Vice-Minister of Defense and a member of the High Command in 1980. At that time White asked the CIA station chief in El Salvador to remove Carranza from the CIA payroll because of his deplorable human rights record but no action was ever taken. Carranza admitted on the witness stand that he had been receiving money from the U.S. government since 1965....

Posted by Christopher Dickey at 10:03 AM