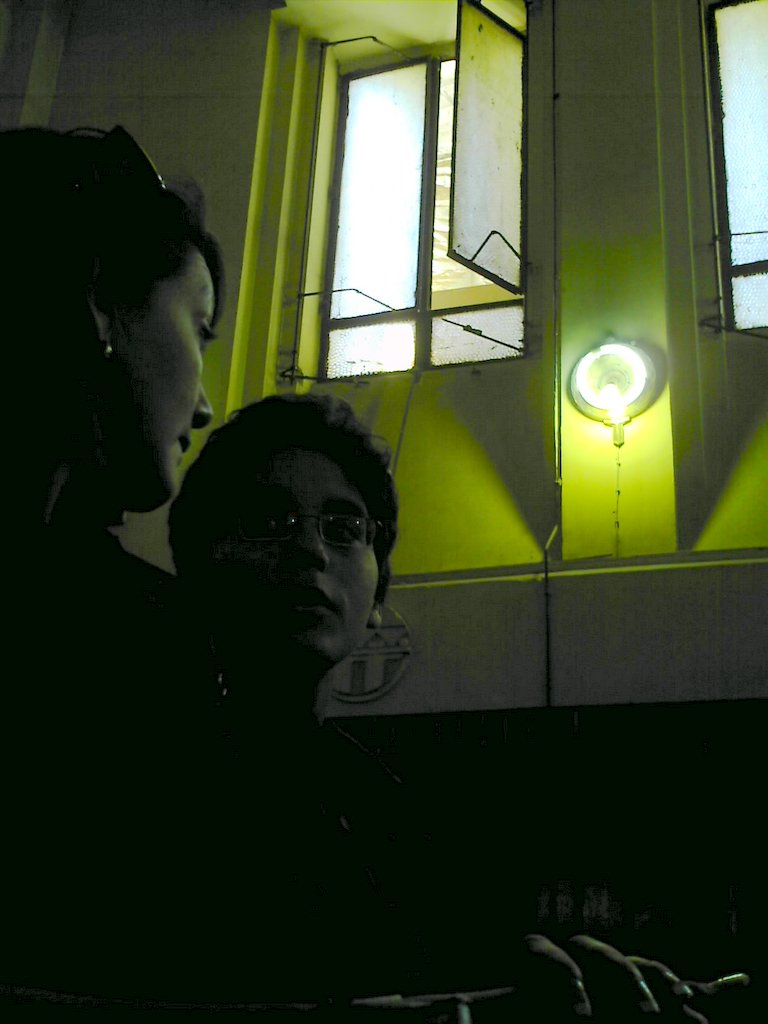 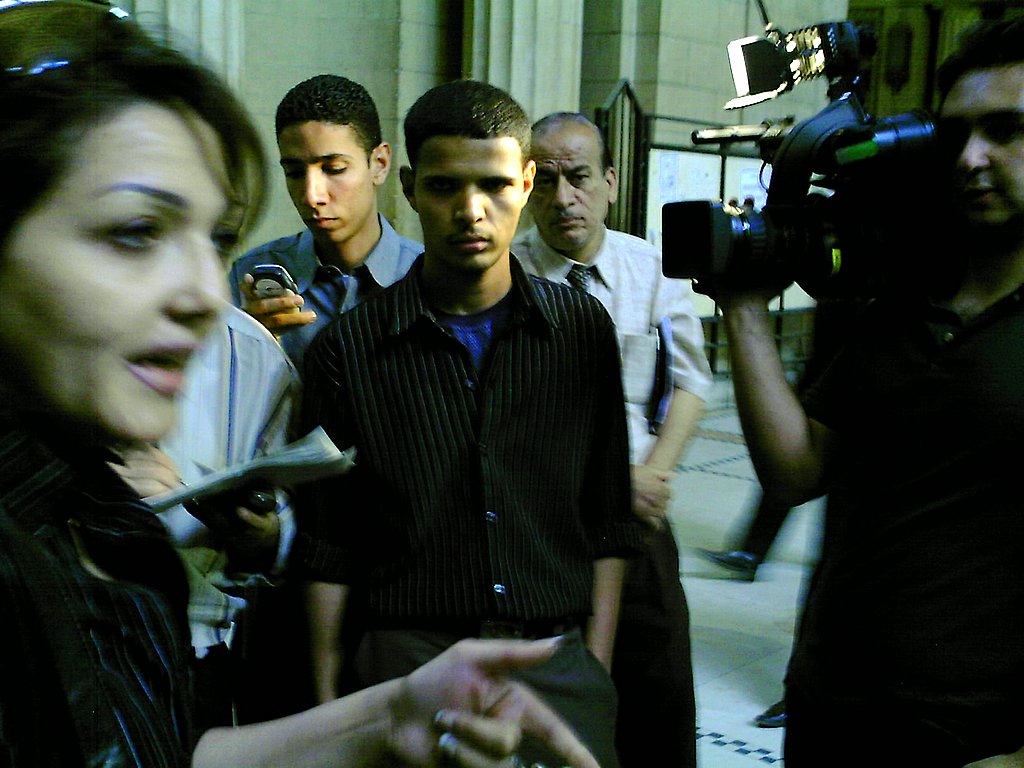 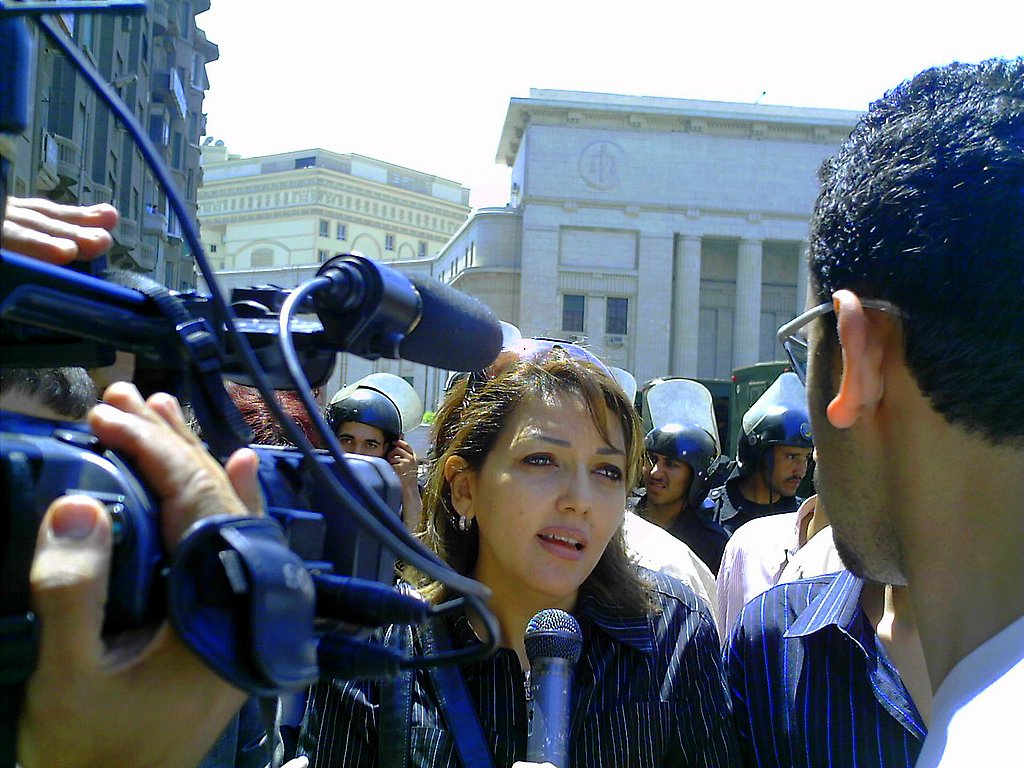 Gameela Ismail speaking to Al Jazeera outside courthouse, with riot police in background.
Posted by Christopher Dickey at 9:11 AM