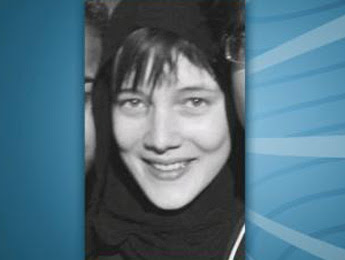 France has called on the Islamic Republic for the release of a 23-year-old French academic detained in Iran since 1 July, on charges of spying.

Clotilde Reiss was arrested at Tehran's Imam Khomeini Airport (IKA) last Wednesday as she was about to leave the country for Beirut.

The arrest of Reiss, a teaching assistant at the University of Isfahan in central Iran, is believed to have taken place over her presence at the country's recent protests after the June 12 election.

"There is no reason for Clotilde to be detained," French Foreign Minister Bernard Kouchner told France 3 television. "We demand her release."

Earlier, the French Foreign Ministry summoned the Iranian ambassador in Paris for an explanation on the issue.

Reiss was charged with spying after she sent a private email to a friend in Tehran discussing the situation in Isfahan, according to a diplomatic source close to her case.

Kouchner said the charges were related to "the sending of pictures taken by mobile telephone."

"I think that's what it's about. That's not espionage, it cannot be. This accusation is absurd," he added.

The French Foreign Ministry has also issued a statement, warning that an appeal has been made for the solidarity of all its European partners on the issue.

The arrest of the French academic comes in the aftermath of the June 12 presidential vote in Iran which pushed Tehran into a scene of violence.

Earlier last week, Iran arrested 9 British embassy staff over suspicions of having a role in provoking the post-election unrest in the country.

While eighth of the nine employees detained by Iranian authorities have been released, there still remains one political analyst in detention charged with acting against Iran's national security.

In reaction to the arrests, the 27-nation European Union is mulling over a decision to withdraw all its ambassadors from Iran.

Bernard Kouchner, the French foreign minister, called for the immediate release of a French academic arrested in Iran last week for spying as she prepared to board an aircraft to leave the country and return home.

Posted by Christopher Dickey at 1:57 PM