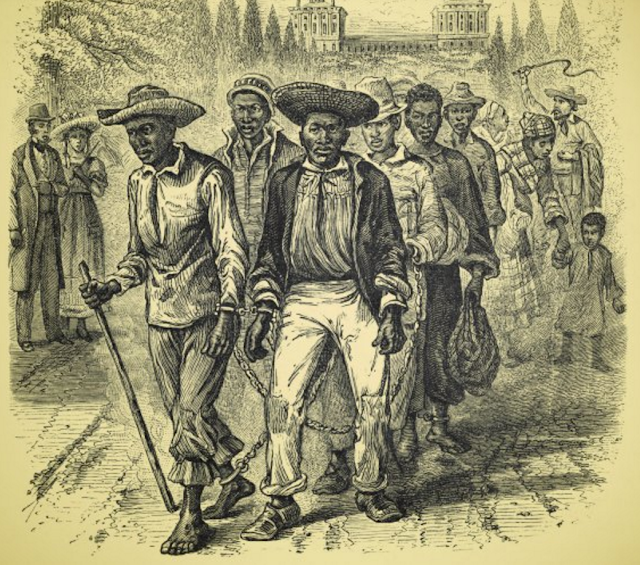 At The Daily Beast, we find ourselves writing frequently about history as part of the present.

What We Owe the White House Slaves: $83 Million

The slaves who built the White House got no pay—but their owners got up to $60 a year. So here’s what America really owes the builders’ descendants.
Peter. Ben. Harry. Daniel. Jerry. Moses. Anthony. Tom. Jess. Jack. Nero. George. David. Gus. Bob. Liverpoole. Gerard. Gil. Alex. Stephen. Dick. Nace. Charles. Bob. Kitt. Moses. Len. Jim. Arnold. Davy. Frank. Newton. Moses. Charles. Jacob. Gabriel. Henry. William. Joseph. James.
The slaves who helped build the White House had no surnames in the official documents, having the same legal status as dogs.  Those listed above and many more labored from dawn to dusk, six days a week. They felled the trees. Hewed the logs. Quarried the stone. Made brick. Muscled it all to the site. Dug the foundation. Set to work as sawyers, stonemasons, carpenters and laborers.
For these labors, their owners—or the middlemen who had leased the slaves—were paid as much as $60 a year. The slaves themselves got not a penny. ... READ THE FULL ARTICLE

The Fox News host’s insistence that the slaves who helped build the White House were ‘well fed and had decent lodgings’ has been met with outrage—but his critics stop short of calling him a racist.
Fearless Falklands War correspondent Bill O’Reilly is an ace reporter whose nose for news also placed him at the front door of a shadowy JFK assassination figure at the very moment the guy was committing suicide with a shotgun, but also (alas) an innocent victim years ago of a frivolous sexual harassment lawsuit filed by a scheming female producer—if only in his own self-justifying fantasies and fabrications.
Now he has added once again to his fictional record of excellence.
O’Reilly’s latest journalistic exploit—deigning to lecture Michelle Obama on the facts of slavery in America—comes just as his employer, Fox News, is painfully clearing away the smoking rubble of an asteroid strike: fired anchor Gretchen Carlson’s sexual harassment lawsuit against the conservative-leaning cable network’s powerful founder and chairman, Roger Ailes, and Ailes’s shocking forced resignation last week in a cloud of scandal.... READ THE FULL ARTICLE
Posted by Christopher Dickey at 10:04 AM