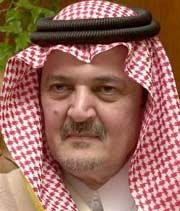 The latest from Col. W. Patrick Lang (Ret.), formerly the "Defense Intelligence Officer for the Middle East, South Asia and Terrorism,” and later the first Director of the Defense Humint Service for the Defense Intelligence Agency. He's commenting on Saudi Foreign Minister Saud al-Faisal's remarks in the New York Times that since before the invasion of Iraq, "the main worry of all the neighbors" was that the potential disintegration of Iraq into Sunni, Shiite and Kurdish states would "bring other countries in the region into the conflict":

...Yesterday, I sat with a member of the Saudi royal family to discuss this problem. This American educated prince told me that the Saudi government is now very concerned about Iranian ambitions, not just in Iraq, but eventually throughout the area and especially with regard to the oil reserves in the Kingdom and the Islamic Holy places in the Hijaz. He told me that American behavior is incomprehensible to the Saudis.
I have been told by American observers at the recent OPEC Vienna meeting and other recent meetings in the Gulf that the Iranian delegations at these meetings behaved with great arrrogance toward the Saudis, saying in private that they (Iran) will have Iraq and that the Saudis, and others, should adjust their positions accordingly.
We are going to reap the whirlwind. There are those among us who probably think that will be good. I do not.

This note from a well-connected Saudi friend, though carefully measured, gives you some sense of the mood in Riyadh, Jeddah and the Waldorf in New York after the latest round of encounters with the Bush administration:

I am beginning to wonder whether the Americans are patronizing us and whether we are both wasting our time. It is time, I think, to apply different tactics.

From now on we should be the ones asking the Americans questions. We should ask them what they want to do in the Middle East, where exactly they are heading, what their true intentions are and how they intend to achieve them. They will realize that we are more than a mere sounding board or an ally that needs to be flattered. We should tell them: “We will gladly discuss options with you and tell you honestly what is achievable, but first you must be clear and candid with us. We are your friends and we can help you, but first you must tell us what it is you are doing and what it is you want.”

Through this reversal of roles we stand to learn far more about and from each other. We could open a new dimension in our talks, be more candid and transparent with each other; that is what a real partnership is about.

What is definitely not acceptable is to spend all our time trying to be polite and "understanding" in order not to distance ourselves too much from each other. We have understandably gone through a phase of rebuilding confidence with America but we have become so careful that we are missing the essence of important issues and avoiding disagreements which could be brought up more forcefully and constructively. This caution was arguably a necessary phase but it is not serving either of us anymore today.

I think it is time for us to rebuild our relationship with America on a new understanding. Rather than being called on for advice that is then discarded, we should find out exactly what the Americans want and how we can both accommodate our needs. It is time for a reversal of roles.

Prince Saud's press conference at the Saudi Embassy in Washington is also of interest.

My most recent on-the-record interview with Saud Al-Faisal was last May, when he was still trying to put the best face on an increasingly bad situaton. - CD
Posted by Christopher Dickey at 8:00 AM

It's all about the oil--and an incompetence of diplomacy throughout the Bush administration, emanating from the top. Then there's that issue of the personal relations between the Saudis and the Bush family. Between the lack of ability to properly negotiate, and the conflict of interest element in any discussions, it's a wonder the "clerks" who have to handle the ongoing talks can get any understanding of each other.

Due to the ongoing need of oil, the US continues to be held hostage to the whims of foriegn despots whose interests and goals are probably far different than those of the US taxpayers, not to mention of these monarchs' own subjects as well.

Such a deal, what a mess.

No doubt the true expression of what "we" want would help strengthen an ally's friendship, but would the common goals of that friendship also be in the best interests of we, the people of the United States? Doubt it.