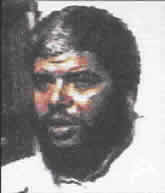 Shortly after we published the most recent Shadowland column, "Target Practice," wire services quoted three unnamed Pakistani security officials who were not authorized to divulge information as saying that four members of Al-Qaeda were killed in the attack on the Pakistani village of Damadola, although none of their bodies had been recovered. One of these phantom victims was said to be the son-in-law of Al Qaeda No. 2 Ayman al-Zawahiri. (Nobody is saying, anymore, that Zawahiri himself was killed.) The other figure of note named by the anonymous Pakistani officials is one Midhat Mursi al-Sayid Umar, listed on the Justice Department's "Rewards for Justice" Web page with a $5 million bounty on his head.
The Rewards site describes him as "an explosives expert and poisons trainer working on behalf of al Qaeda." It says "he operated a terrorist training camp at Derunta, Afghanistan where he provided hundreds of mujahidin with hands on poisons and explosives training. Since 1999, he has proliferated training manuals that contain recipes for crude chemical and biological weapons. Some of these training manuals were recovered by U.S. forces in Afghanistan." Although this character, also known as Abu Khabab al-Masri, would be a good trophy for the CIA, a positive identification may remain hard to come by.
Not only is there no body as yet, so no DNA, but apart from a fuzzy picture of a fat-faced, bearded, Egyptian-looking man and his birth date, the Justice Department description of Abu Khabab is what you might call minimal: "Height: Unknown; Weight: Unknown; Build: Unknown; Hair: Unknown; Eyes: Unknown; Complexion: Unknown; Sex: Male; Nationality: Unknown; Occupation: Unknown; Characterisitics: none." A true denizen of Shadowland.
Posted by Christopher Dickey at 1:02 PM