Update: The Debate on Order 17 Heats Up

From the current issue of Newsweek, a brief report from Baghdad:

July 17, 2006 issue - The arrest of former U.S. Army Pfc. Steven D. Green—for the alleged rape of an Iraqi woman and the murder of her and three relatives near the town of Mahmudiyah—brought apologies from U.S. officials. But that didn't stem a growing debate over Coalition Provisional Authority Order 17, which exempts members of the U.S. military from Iraqi laws. "We cannot go on having these unfortunate incidents repeated, and we have to work on stopping them from happening again," Iraqi national-security adviser Mowaffaq al-Rubaie told NEWSWEEK. "There is no way we can accept CPA Order 17 anymore." U.S. officials, unnamed because of diplomatic sensitivities, said Iraqi P.M. Maliki's need to oppose the order might lessen if any wrongdoers in the Haditha and Mahmudiyah cases are held accountable. Green pleaded not guilty in a U.S. federal court last week.

Posted by Christopher Dickey at 11:55 AM No comments:

Update: Render Unto CIA That Which Is ... 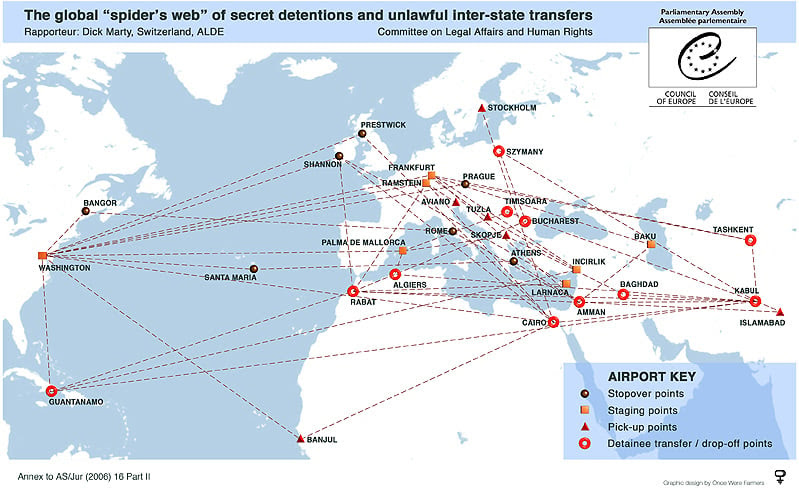 If Italian prosecutors have anything to say about it, the issue of C.I.A. "renditions," particularly the egregious example of "Abu Omar," snatched off the streets of Milan in 2003, is not going to go away. We wrote about the case extensively last year, and even shot a little video from the scene of the alleged crime, in "The Road to Rendition." Then came a follow-up, "Bourne Again," about the lives and loves of the CIA team that allegedly took part in the abduction. (As the headlines suggest, there's something vaguely B-movie about the whole affair.) A Shadowland column in December about the role of "plane-spotters" in tracking down the rendition flights suggests just how extensive they were, and how hard it is to keep secrets in the Internet age.

A few weeks ago, on June 7, Swiss lawmaker Dick Marty, on behalf of the Council of Europe Parliamentary Assembly, issued a lengthy report. He didn't have many resources, but concluded -- largely on the basis of press reports and the cooperation he did or did not receive for his inquiries -- that about 14 European governments had cooperated with the American rendition program. The result was what his report called a "'spider's web' of secret detentions and unlawful inter-state transfers." But, bad luck for Marty, his headlines were obliterated by the annoucement next day that the infamous Jordanian terrorist Abu Mussab al-Zarqawi had been blown away in Iraq. The rendition issue looked as if it might be buried, too.

Nope. Yesterday news broke in Italy that prosecutors, led by the redoubtable anti-Mafia and anti-terror magistrate Armando Spataro, had issued warrants against two of the top officials in the Italian overseas intelligence service, SISMI. The organization has seen its share of troubles over the last two years -- not least the killing of its second highest-ranking officer, Nicola Calipari, by American troops manning a checkpoint in Iraq. (We wrote about this in two columns: "Reality Checkpoints," and "Body Counts," which I believe remains the most-read Shadowland column to date.) But Berlusconi was not inclined to hold Americans accountable, whether they were C.I.A. kidnappers or checkpoint gunners.

What's changed now, of course, is the government in Italy. Silvio Berlusconi is out, Romano Prodi and his leftist coalition are in. Spataro was isolated under the earlier regime, a charter member of the Coalition of the Willing. Berlusconi's justice minister, for instance, refused to pursue extradition requests for 22 Americans allegedly implicated in the Abu Omar case. Now, Spataro and other prosecutors seem to be getting more support.

This is not good news for the Bush administration. Even as prosecutors try to nail the top Italians involved in the Abu Omar kidnapping -- a trail that could lead to Berlusconi himself -- they are likely to renew those extradition requests. At the same time, they're looking at prosecution of the American soldier in Iraq who killedCalipari moments after he succeeded in freeing left-wing Italian journalist Giuliana Sgrena from hostage-takers in Baghdad. Sgrena was seriously wounded.

We'll keep you posted in the Shadowland column, in Newsweek, and on this blog. Meanwhile, a couple of recent clips:

One from The New York Daily News last month, when Sgrena visited the United States:

And this from the BBC: 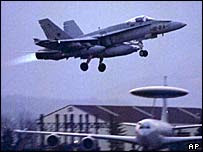 Two Italian intelligence officers have been arrested over the alleged CIA kidnapping of a terror suspect from Milan in 2003, city prosecutors say.

Unconfirmed Italian reports named one as Marco Mancini, a senior official at the Sismi intelligence agency.

Arrest warrants for four Americans were also issued, adding to 22 earlier ones.

Italy's previous government denied any role in the seizing of Egyptian Muslim cleric Osama Mustafa Hassan, who says he was taken to Egypt and tortured.

The two arrested men are the first Italians to be linked to the investigation. One is said to be in custody; the other under house arrest.

Mr Mancini is a former head of the anti-terrorist division of the Italian secret service. He has taken part in negotiations to free Italian hostages kidnapped in Iraq.

Mr Hassan, also known as Abu Omar, is believed to have been abducted from a Milan street on 17 February 2003, and flown out of the country from Aviano air base north of Venice.

The cleric, who had been granted refugee status in Italy, was already under investigation by Italian officers as part of a terrorism inquiry.

Milan prosecutors probing the kidnap case believe Mr Hassan was snatched by the CIA and taken to Aviano for interrogation, before being flown on to Cairo via Ramstein air base in Germany.

He is still being held in a jail in Egypt, but did make contact with his family and friends during a brief release. A friend who spoke to him said he had suffered electric shocks and other severe torture.

The Milan prosecutors' office statement said three of the Americans involved in the fresh arrest warrants were CIA agents, while the fourth worked at the Aviano base....

Today's New York Times goes into somewhat more depth, but tells essentially the same story.
Posted by Christopher Dickey at 9:02 AM No comments: 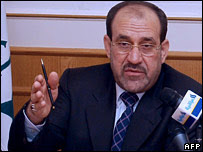 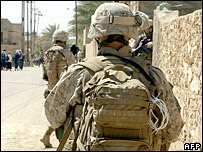 Posted by Christopher Dickey at 8:42 AM No comments: