Death on the Serpent River: How, Why and Where Kris Kremers and Lisanne Froon Disappeared

Links to Jeremy Kryt's enthralling series for The Daily Beast on the lost girls of Panama. It's based on new evidence and interviews with internationally recognized forensic experts, including Dr. Kathy Reichs, along with additional reporting in the Netherlands by Nadette De Visser. 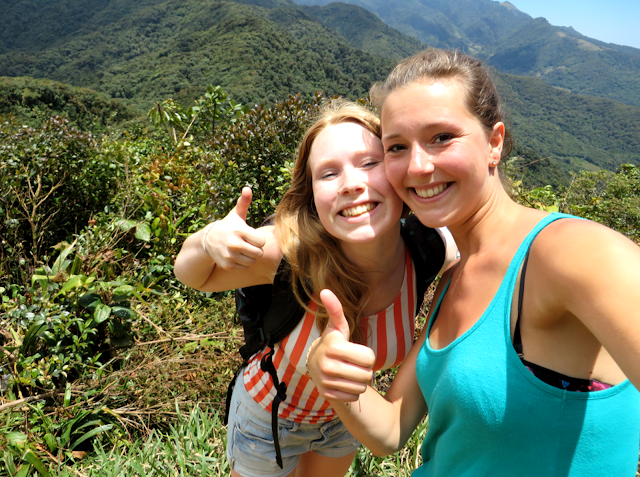 
Death on the Serpent River: How the Lost Girls of Panama Disappeared 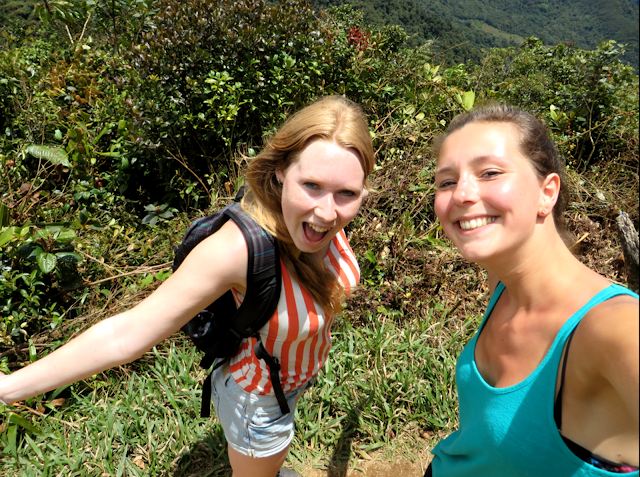 Part 2:
The Last Man to See the Lost Girls of Panama Alive 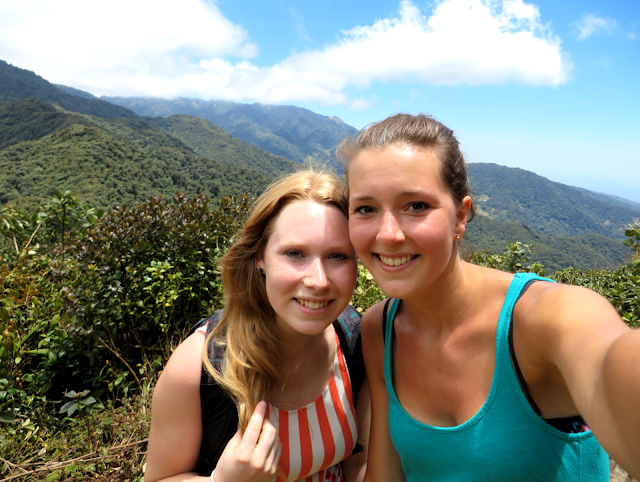 Part 3:
The Lost Girls of Panama: The Camera, the Jungle, and the Bones 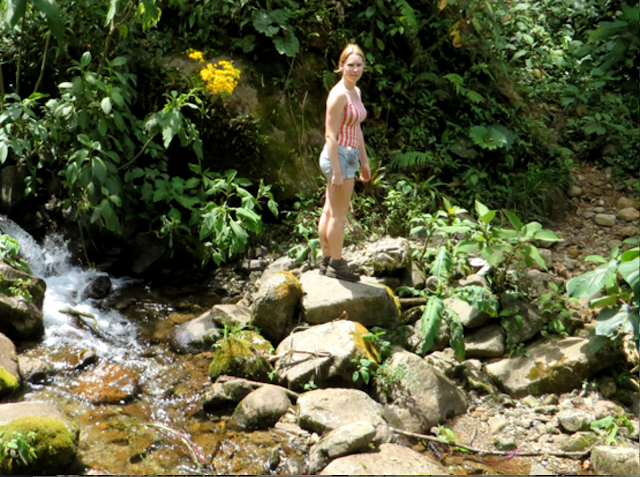 Posted by Christopher Dickey at 8:38 AM No comments:

Underlining "Pederasty" in the "Terminal Essay" of R. F. Burton's "The Book of The Thousand Nights and a Night" 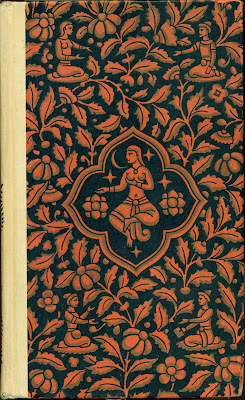 After the atrocity at the Pulse nightclub in Orlando a few weeks ago, as questions of homophobia and Islam dominated the headlines, I pulled off the shelf my copy of the excellent three-volume Heritage Press edition of The Book of the Thousand Nights and a Night: A Plain and Literal Translation of the Arabian Nights Entertainment Made and Annotated By Richard F. Burton. It's the annotations, even more than the tales, that have fascinated readers for, now, more than 130 years.
Burton was, of course, one of the most famous explorers, libertines and spies of the 19th century, a larger than life character limned in many biographies and sagas, including Fawn Brodie's The Devil Drives, Alan Moorehead's The White Nile, and the Bob Rafelson movie, "Mountains of the Moon," in which he was played by Patrick Bergin opposite Iain Glen (now best known as Ser Jorah in "Game of Thrones"), who depicted Burton's upper-crust companion and nemesis John Hanning Speke.

A more devoted and unabashed Orientalist than Burton would be hard to find, with all the attendant evils so well documented by the late Edward Saïd. But as even Saïd conceded on occasion, there were things to be learned from such people.

Burton's "Terminal Essay" about sex and gender in The East, including and especially the Muslim world, remains one of the most unabashed and provocative essays ever written on the subject.

As I cracked open Volume 3, I discovered the part of the essay dealing with pederasty was marked with an old 10,000 rial note from Iran, which I must have left there during a visit to the Islamic Republic in the 1990s. I am sure the Ayatollah would not approve.

Burton begins with a brief passage about his supposedly secret report on the boy brothels of Karachi when he was serving with the occupying army there. Some no doubt were frequented by British officers, and the report got him fired.

He then goes on to his more scholarly research, delineating what he calls "The Sotadic Zone," a pretty vast, largely tropical portion of the world's topography where the vice of pederasty (men and boys or "youths") is "held at worst to be a mere peccadillo." And he devotes several pages to its history, embracing many cultures and religions.

Burton notes, for instance, "Socrates declared that 'a most valiant army might be composed of boys and their lovers; for that of all men they would be most ashamed to desert one another.'"

Yes, he writes, "pederasty is forbidden by the Koran."

Burton demonstrates just how commonplace homosexuality, and especially pederasty, is in the history of some of those same countries that now make it a capital crime, including Afghanistan, Persia and Mali.

Citing the passages in the Quran that are used to condemn homosexuality, Burton retells the story of Sodom and Gomorrah with a more than cynical eye. For those who haven't reread the holy texts recently, the original story of the Old Testament is retold in the Quran with a few bits of color added. Essentially, three angels visit the prophet Lot in the guise of beautiful young men. A crowd of not-so-attractive Sodomites gathers outside lusting after them. Things get ugly and the angels destroy the "cities of the plain," which Burton rightly suggests were more likely peasant villages.

"These circumstantial unfacts" — wonderful phrase! — "are repeated at full length ... rather as an instance of Allah's power than as a warning against pederasty, which Mohammed seems to have regarded with philosophic indifference."

Burton then takes us on a devilish tour of the Sotadic Middle East, noting in passing that "the great and glorious Saladin was a habitual pederast."

He concludes by telling us, not without some admiration, it would seem, "the Arab enjoys the startling and lively contrast of extreme virtue and horrible vice placed in juxtaposition."

One might have said the same of many men in Victorian England, as Burton well knew. 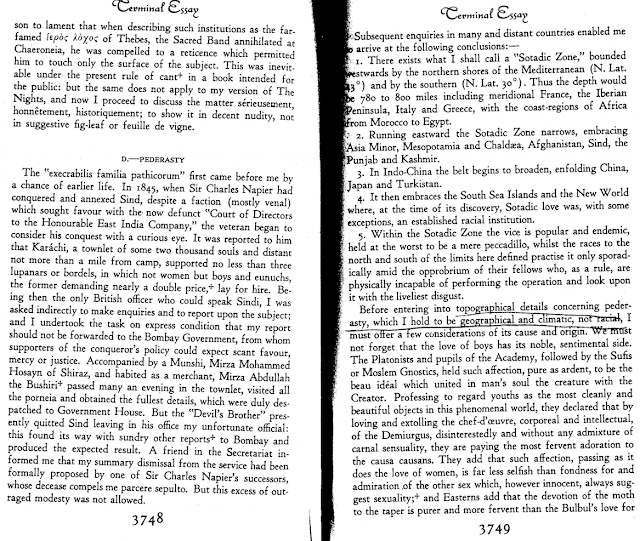 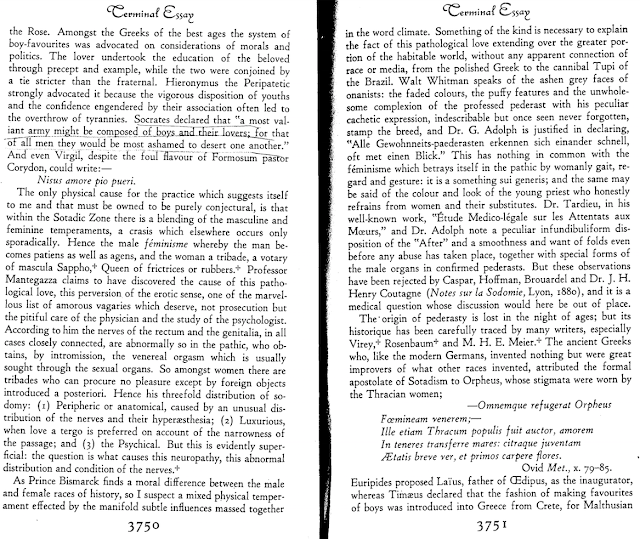 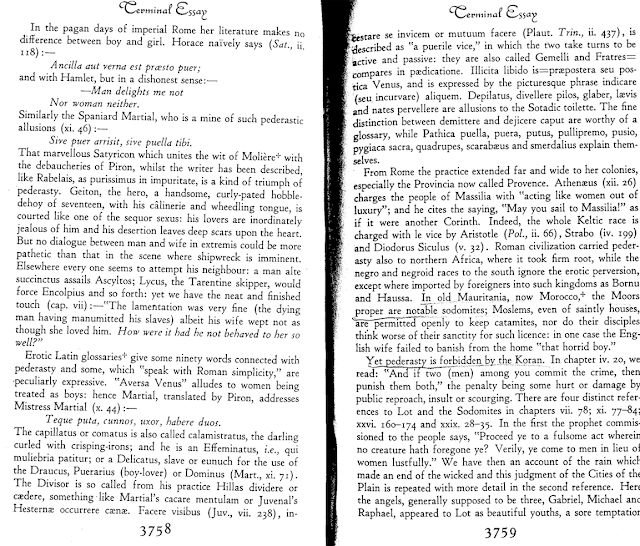 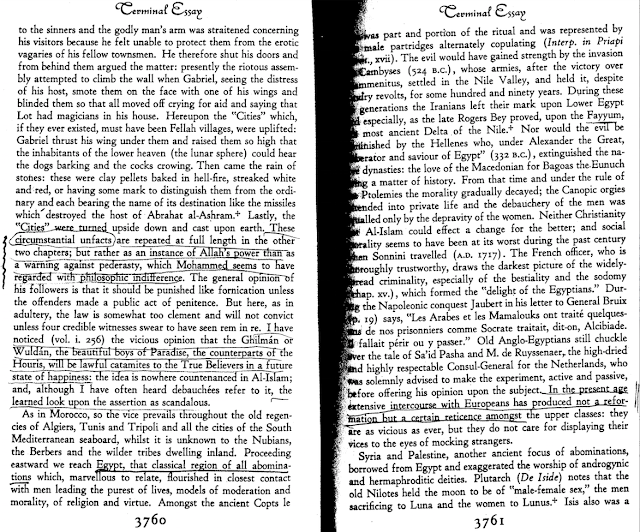 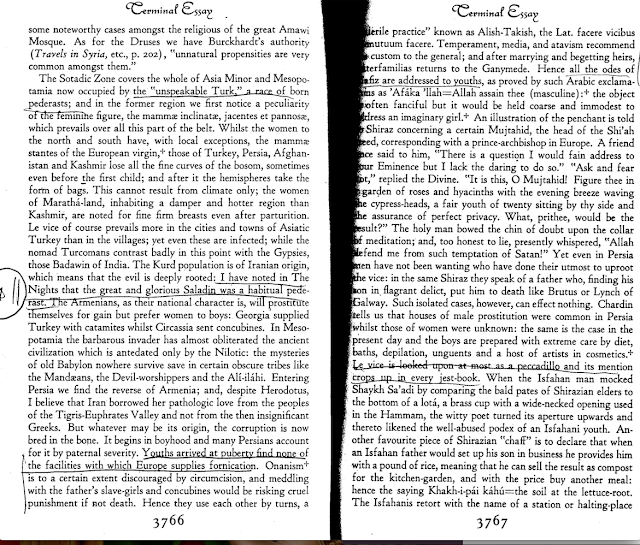 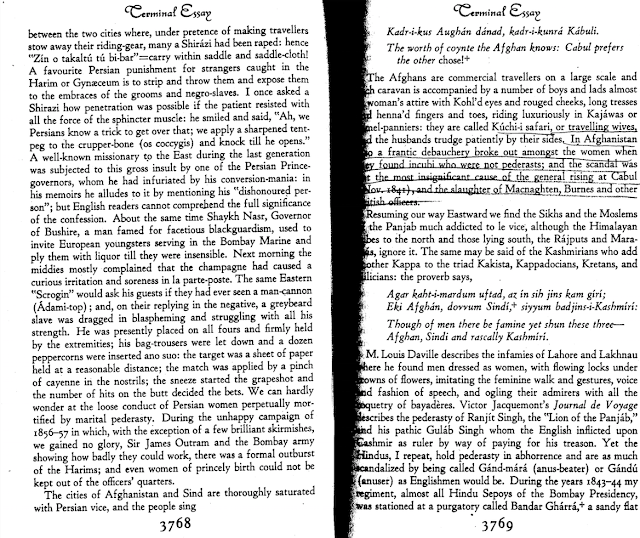 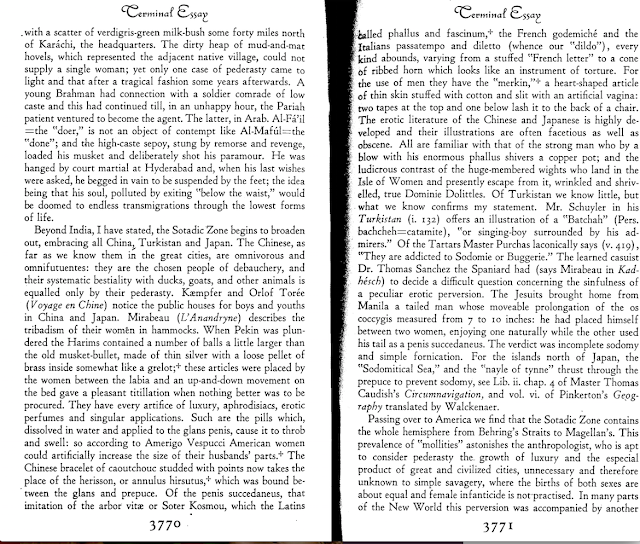 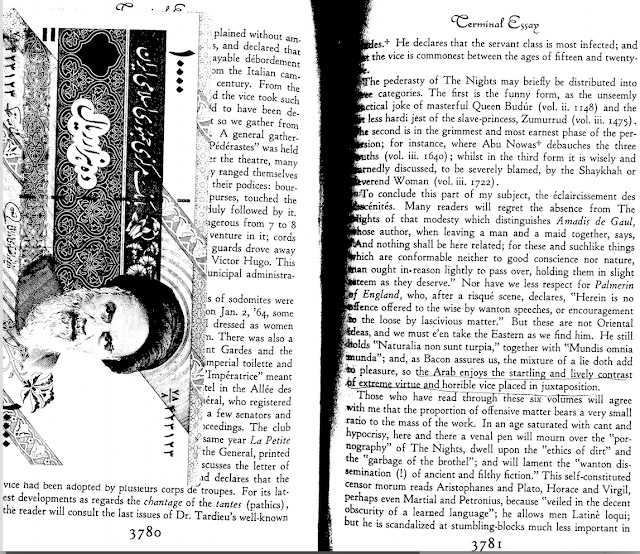 Posted by Christopher Dickey at 11:28 AM No comments: