Paris Floods then and now ... (with new videos from the police drones and Le Monde)


Drone footage shot by the police. A great tour of the heart of the city ...


The @zouavealma that all #paris #france #watches to measure the #flood of the #seine - according to tradition when the feet are under water, no problem. when the knees go under, the quays close and river traffic is suspended. This is how he looked #today
A post shared by Christopher Dickey (@csdickey) on Jan 26, 2018 at 4:43am PST 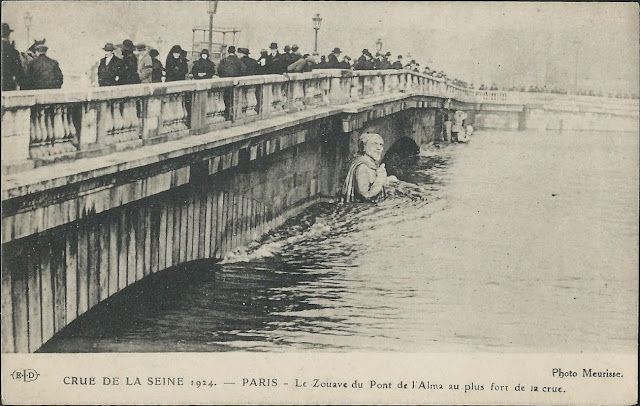 As the Seine continues to rise, time to re-read Tracy McNicoll's piece in Newsweek eight years ago about the Great Flood of 1910:

... There is something patently eerie about commemorating the 100th anniversary of a so-called "centennial flood" ...

Greater Paris has been bracing itself for another big flood for a century—and it isn't safe yet....

In January 1910 the Seine rose some 26 feet above normal, spilling over cut-stone banks and washing through the city. Paris became a reluctant Venice, gondolas and all, virtually overnight. Hundreds of streets and a full quarter of Paris's buildings—20,000—were flooded. Only one person died in central Paris, a soldier brought in for the relief effort, carried away by a quayside current. But several more would perish outside Paris proper, in the hard-hit banlieues. The Seine didn't fully "go back to its bed," in the colorful French phrase, until mid-March. In Paris and the surrounding area—essentially a basin at the confluence of three rivers—the flood caused an estimated €1.6 billion in damage in today's euros. Token reminders of the high-water mark still remain today—"1910" is hand-painted, engraved, or plaqued into building facades and along the Seine's stone banks.

The flood was one of the first great visual stories of the last century and the first disaster of its kind to get the full media treatment. Press-agency photographers and eager amateurs sloshed or rowed through Paris to document the event for the world. Paris's Galerie des Bibliothèques is hosting an extraordinary archival trove telling the flood's story through March 28. The exhibit, "Paris Inondé 1910,"  is so haunting because the central Paris quarters where the floodwaters rose look much the same today as they do in the photographs. A sepia-toned Saint-Germain-des-Prés, the medieval warrens of the fifth arrondissement and the posh boulevards of the eighth, the Gare de Lyon train station's clock tower, even the iconic white tiles of the métro—all familiar, save the rowboats.


It may look like art, but it's more like a public-service announcement. There's no Nostradamus-style prophecy in the appellation "centennial flood"—it just means that, every year, there is a one in 100 chance that a flood of similar magnitude will happen again. Experts like Louis Hubert, the environment director for the Île-de-France region in which Paris is located, say it's a matter of when, not if. And Paris is not fully girded for the eventuality.

Over the past century, greater Paris has found ways to protect itself from flooding of 1910 proportions, but not completely—a centennial flood would still spell disaster within (and, to a greater extent, around) Paris. Even the four man-made catchment lakes built to siphon off nearly 30 billion cubic feet of overflow would reduce water levels only by 70 centimeters in central Paris at best. Other fixes from the past 100 years—like rebuilt bridges and quays in central Paris—might buy 30 centimeters' more relief in the city center. 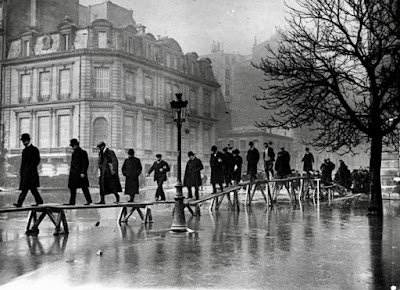 But authorities can't say with certainty, until a day or two before the next great flood, the effect the massive urbanization of surrounding floodplains over the past century will have on the rising waters. Indeed, even if protection has improved, the greater Paris basin is in some ways more vulnerable today than it was a century ago: 10 times more people live in the flood zones, and underground infrastructure (power, trains, Internet, phones) built since the flood supports modern lifestyles...

Modern-day Parisians, contemplating the photographs before spilling into identical streets, might well wonder how they would cope. There is the nagging feeling those women rafting about Paris in prim dresses and men, invariably hatted and mustachioed, were plenty tougher than we are. Modern conveniences were still new, and Parisians of the time had done without them most of their lives. Telephones were still scarce gadgets. Electricity was a new luxury that only a few "subscribers" enjoyed. Households had stashes of coal for heat. 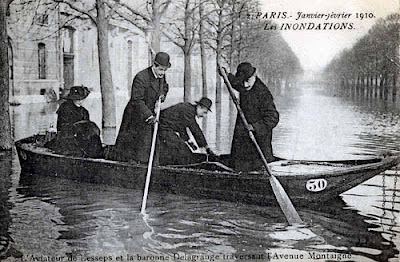 As they would today, public transit networks suffered—the métro, only 10 years old, was lost for three months. But in 1910, there were still 75,000 horses in Paris. They were pressed into service, pulling outdated horse-drawn buses out of storage. Yet even then, as Le Figaro reporter Georges Cain observed in an eyewitness account : "Here we are, gone back in time 20 years. No electricity, no elevators, no telephones and it seems unbearable to us." Imagine going back in time 120 years. Here, 1910 isn't water under the bridge—it's a barometer for the future. 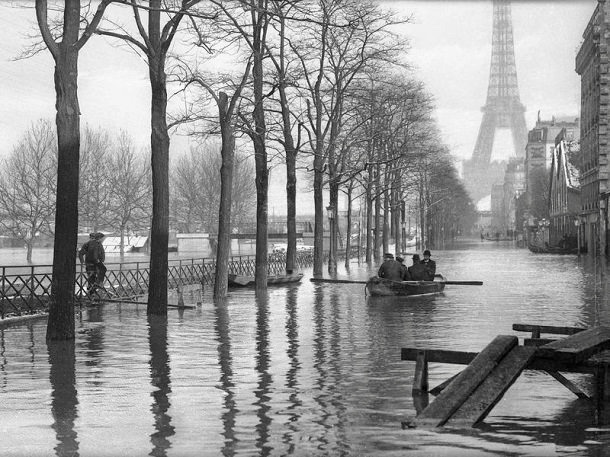 Posted by Christopher Dickey at 12:15 PM No comments:

Looking back at the Dawn of a New Year 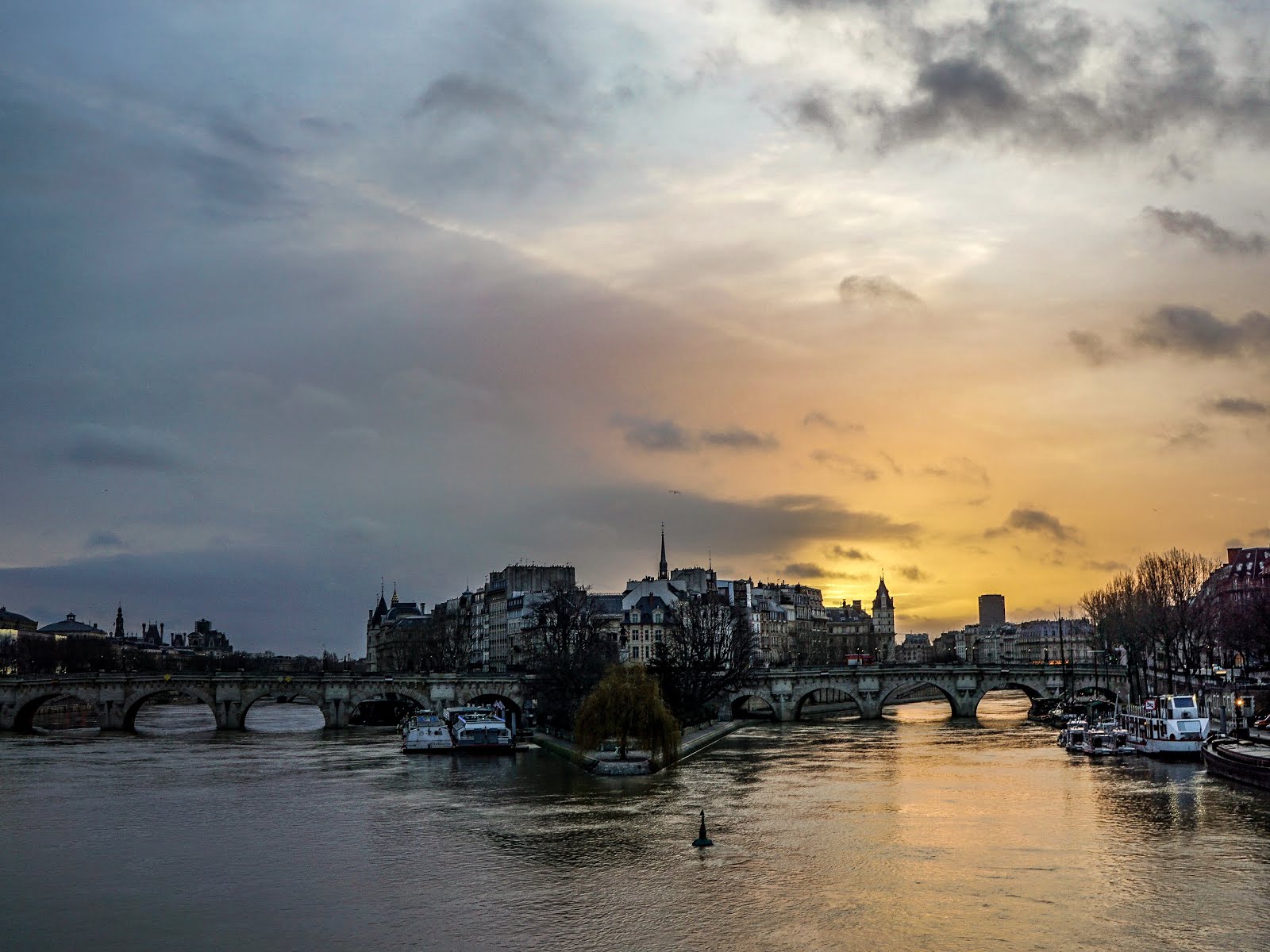 As the sun rises over the Seine in Paris this first day of 2018, here's wishing you a brilliant year to come, full of warmth, love, good sense and sweet reason.
Chris and Carol
​

Posted by Christopher Dickey at 9:37 AM No comments: 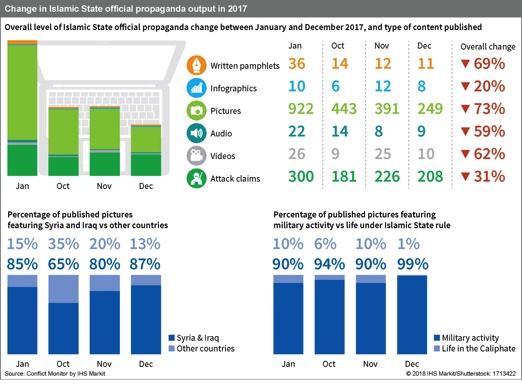