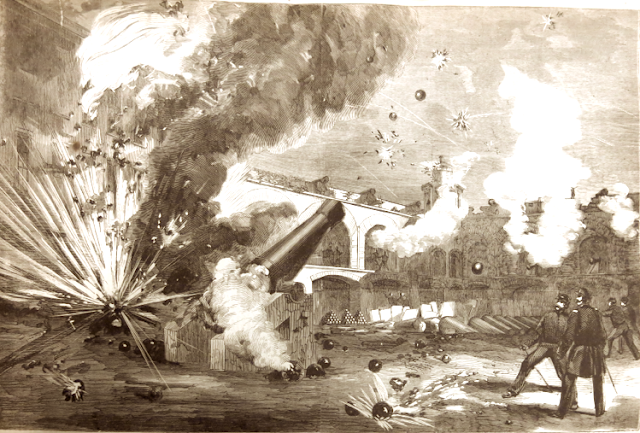 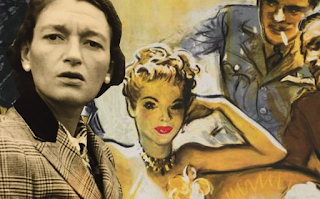 On February 28, I will be speaking at the College of Charleston about "Spying in the Blood: Gertrude Sanford Legendre's Privilege, Patriotism, and Espionage." I'll also look back at the work of her grandfather, Henry Shelton Sanford, who ran the Union's secret services in Europe during the Civil War. This is my recent article about Legendre, "The Socialite Spy Who Played So Dumb She Outsmarted the Nazis," which drew heavily on the digitized archives at the college. 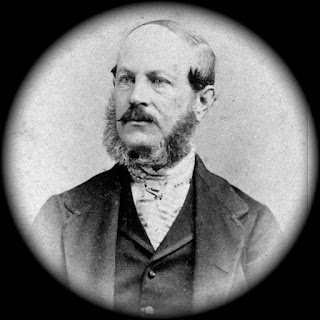 On March 2,  it will be my honor to speak at the Charleston Library Society about my book, Our Man in Charleston: Britain's Secret Agent in the Civil War South, and the way the confidential dispatches of Consul Robert Bunch in the 1850s and '60s may relate to the present. (Much vital research for the book was conducted at the Library Society.) 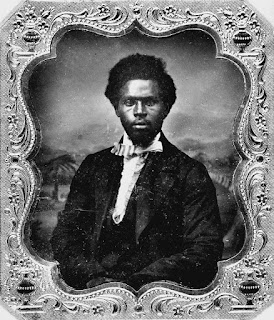 In that same talk I want to have some fun looking at people Consul Bunch almost certainly knew, but did not write about, including the slave Robert Smalls, a harbor pilot who stole the CSS Planter and turned it over to the blockading fleet, and Saint-Lo Mellichamp II, keeper of the Morris Island lighthouse in the early 1850s. Great characters with probable but, alas, undocumented connections. 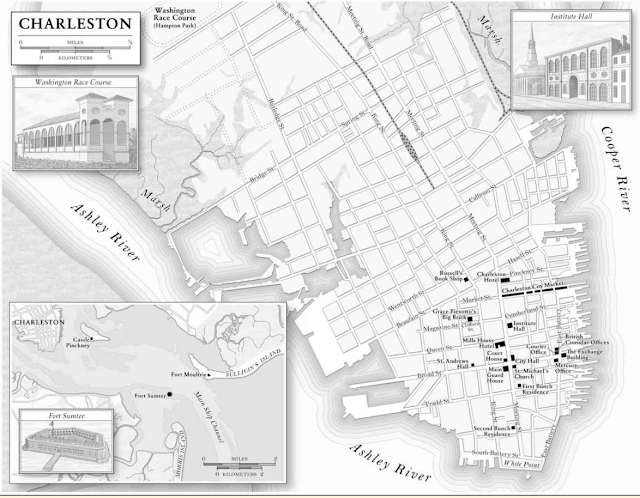 Posted by Christopher Dickey at 11:30 AM No comments:

Trump's Dangerous War on Cities, and Why a National ID is Inevitable Under This Administration


This article appeared on Monday, wrapping up the events of the the weekend:

How Trump is making U.S. Cities Easier Targets for Terror

Why President Trump Will Have Us All Carrying Federal ID Cards

We need a national voter ID number that travels with us from state to state. This double and triple registration problem would end quickly.
— Gregg Phillips (@JumpVote) January 30, 2017

Brian Michael Jenkins, a veteran terrorism analyst with the RAND Corporation, is quoted extensively in my latest article, "Trump Makes U.S. Cities Less Safe." In it, he cites 89 deaths in the United States as a result of jihadist attacks since 9/11, and lists those atrocities one by one. In the following note, he explains why his numbers, nonetheless, are lower than those compiled by some other researchers:

As my 89 dead is well short of Charles Kurzman's (University of North Carolina) 124, I thought I would explain the difference.  First, Professor Kurzman includes the fatalities of the perpetrators (5), which I do not.  Kurzman also includes the following incidents that I exclude.

2002   Beltway sniper attacks  10 dead--but some link the perpetrators to 7 previous killings, so 17  (Muhammad may have wanted to disguise the murder of his ex-wife and Malvo was completely erratic in his writings after his imprisonment.  I think the scheme he described of kidnapping kids to build an army of terrorists was a fabrication.)

2006   Seattle Jewish Center shooting  (In my view, the shooter was angered by Israel and hated Jews, which does not make him a jihadist terrorist.)  1 dead

2007  Salt Lake City shopping mall shooting  5 dead  (No motive was ever established;  the FBI said it was not terrorism)

2014   Oklahoma Vaughn's Food beheading of a fellow employee  1dead (The killer had been fired just before the incident and one of his victims was the person who had complained about him.)

2014   Four murders in Seattle and New Jersey by Ali Muhammad Brown.  4 dead   (This might go into the data base as a terrorism charge was later added to the murder charges.  My view is that this was a street thug who tried to cloak his actions in religion.)

2014   Killing of two NYPD officers by Ismaaiyl Brinsley   2 dead  (Brinsley had a long history of arrests, was a black supremacist, and said his killings were in revenge for police slayings of blacks.)

If I were to add these 30 to my list, I would have 119, which, plus the 5 perpetrators killed, brings us to 124.  I would assert that every crackpot, street thug, or anti-semite killer who happens to be Muslim is not a jihadist terrorist, even if they later try to cloak their actions in religion.
Posted by Christopher Dickey at 8:59 AM No comments:

Day 3 - January 19 - E-mail from a sociologist taking part in the conference at Davos:

prez of China and IMF claiming that the populist wave is bucking the tide of history, which is still globalization despite the hiccups (seems a bit of an ostrich response). Xi angling himself as the grown up on the block and China as the engine of a more equitable "balanced and harmonious globalization" (as long as it's basically as China sees it).Schwab, the originator of the WEF, saying that we need 2 things: 1. sublimating self interest to the common good (apart from Ayn rand turning in her grave like a lathe in response, one might ask "and what, exactly is the common good that can really motivate people to sacrifice?" Certainly not de-spiritualized globalization); and 2. that automatization and robotization should not leave humans in the lurch. So, what about all those lumpen laborers? Give them a guaranteed income while they retrain or retire (Really? not realizing that people with full stomachs, yet finding no purpose or significance, are much more likely to attempt revolution or resort to revolution than the poor).

Jan 16, 2017 4:35 PM EST
With Trump an enigma to the movers and shakers of the world, one country has stepped into the breach to seize the attention of the planet's most famous elite conference: China.

PARIS—The village of Davos in the Swiss Alps has seen a lot, but it has never seen anything quite like the impact of Donald Trump. As the men and women who used to be called (or call themselves) “masters of the universe” assemble there at the World Economic Forum this week, the man who will be sworn in as President of the United States in Washington on Friday remains for most of them a mystery wrapped in an enigma wrapped in a Twitter account.  ... MORE

Explaining Trump to the Unsettled Elite

At Davos this year China’s premier appeared the un-Trumpian paladin of free trade, while the U.S. president-elect's "translator seemed unsure just what his boss believes.

PARIS — What a relief! The World Economic Forum in Davos learned today that everything’s going to be okay. President-Elect Donald Trump didn’t really dump all over Europe and its unifying institutions over the weekend, or, well, he did but he didn’t mean it like it sounded: NATO is only kind of “obsolete,” Germany’s Angela Merkel opening the door to migrants was a “catastrophe,” but Trump really respects her a lot. So the high and mighty were told on the Davos stage by his soon-to-be assistant in the White House “office of liaison,” Anthony Scaramucci.
And in case you were worried about a China-United States trade war under the new administration—nah. No less an authority than Chinese Premier Xi Xinping declared himself to be an ardent free-trader, strongly opposed to protectionism, the new incarnation (although he didn’t quite say this) of Davos Man.
Of course, if you believe all that, there are plenty of people with a couple of Alps to sell you. .... MORE

Many thanks to Adrian Monck and the communications team at the World Economic Forum for making so many of the sessions available in their entirety on live-streaming and embedded video (See below for a scroll through the videos so far and a full list of upcoming talks.)

From Day One and going into Day Two, Monck recommends:

Posted by Christopher Dickey at 9:48 AM No comments: 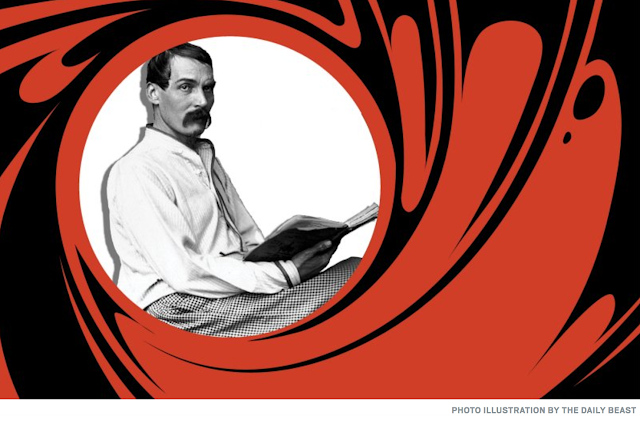 A Spy In the Brothels of Karachi

Before he was a world-famous spy and translator, Richard Fr.... MORE

Iran tolerates some Christians but not others—and converting from Islam can cost you your life. MORE

—It's the converts who are in the greatest danger

As video emerges of terrorists mowing down least 39 people at a popular Istanbul nightclub, a... MORE

—Apparently he wasn't a Santa at all ... and as far as I know he is still on the run, although the Turks are rounding up Uighurs.
—On Jan 16 the Turks announced they had arrested (and apparently beat the shit out of) an Uzbek named Abdulkadir Masharipov.

—And apparently Trump is wary of her, declining to receive her on her trip to New York last week. We reported she was on her way there after our sources texted us from the American Airlines plane she was on out of Paris. But it seems Trump's buddy Nigel Farage may have nixed a meeting.

—She was guarded in her remarks, and then she wasn't.

Posted by Christopher Dickey at 11:43 AM No comments: