Commentary on MSNBC: Trump Should Be Blackballed From the G7 Club—And Knows It.

Posted by Christopher Dickey at 6:10 AM No comments:

My MSNBC Commentary on Rashida Tlaib and Israel, and more

There were significant back stories to the flap over Tlaib and Omar.

Posted by Christopher Dickey at 11:27 AM No comments:

My MSNBC Take on Winners and Losers in the Bibi, Rashida, Ilhan, and The Donald Flap

My appearance on MSNBC Saturday morning talking about winners and losers in the Rashida Tlaib / Trump / Netanyahu flap:


Posted by Christopher Dickey at 9:50 AM No comments:

In These Perilous Times of Mass Protest, Can Democracy Triumph? That Goes for America, Too.

NOTE: I had to switch from Gmail to MailChimp because Google blocked the list

This week... White Supremacists, and more 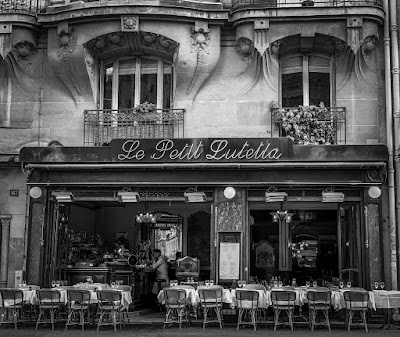 I was gratified to get so many warm responses to the revived e-mail list. I think this will be a much better way to keep in touch. For those close friends who are not receiving the mails, there is now a "landing page" — here — where you can sign up.

At the suggestion of Rosental Alves (my friend from Central America days, now at UT Austin), I am going to try to pull together a more or less weekly email including whatever it is I am writing, and perhaps a story or two by my colleagues at The Daily Beast, with flashbacks when they seem appropriate.

And even thought this list is an antidote to social media, do feel free to share these stories all over the place!

The shootings in El Paso and Dayton over the weekend were powerful reminders of the threat posed by white nationalist terrorism, a subject we have written about extensively at The Beast, and several of our past articles may be of particular interest:

There's this investigative piece of mine from May 2017:

Inside the Head of Dylann Roof, Jihadist for White Hate
Never-before-reported documents about Roof's psychological exams give us a look deep inside the 'logic' of this murderous white supremacist—and terrorists everywhere.
https://www.thedailybeast.com/inside-the-head-of-dylann-roof-a-terrorist-paradigm

This column of mine from March 2019 (after Christchurch):

It's Time to Attack White Nationalism for the Terror Group It Is
Nobody can claim, as George W. Bush did, that 'we're going to fight them over there so we don't have to fight them here,' because they're already 'here' with a vengeance.
https://www.thedailybeast.com/new-zealand-shooting-its-time-to-attack-white-nationalism-for-the-terror-group-it-is

And Kelly Weill's terrific, granular reporting from April this year:

America Under Attack by White Supremacists Acting Like ISIS
A widespread digital network is calling for people to carry out more terrorist attacks after Poway and Christchurch.
https://www.thedailybeast.com/poway-synagogue-shooting-america-under-attack-by-white-supremacists-acting-like-isis

And from this weekend:

From El Paso to Christchurch, a Racist Lie Is Fueling Terrorist Attacks
By leaving manifestos, white supremacists are trying to add to a long and growing library of terror, and get others to follow their examples.
https://www.thedailybeast.com/el-paso-shooting-racist-lie-great-replacement-fuels-terrorist-attacks?ref=author

Also, some background to breaking news elsewhere in the world:

On the the Kashmir Crisis read Matthew Clayfield's epic from early this year:

When They Want War, India and Pakistan Always Have Kashmir
For a few days in February two nuclear powers stood at the brink of war.  This will happen again and if, or when, there is a South Asian Armageddon you'll find the reasons here.

And for the multiple Korean crises, check out the coverage by Donald Kirk:
https://www.thedailybeast.com/author/donald-kirk

All the best, Chris

PS - You should be among the first to know. I will be publishing my next book with Random House, due out in 2021. But more about that later.

PPS - In case you missed it, this historical essay about John Steinbeck, Paris, and the CIA has gotten quite a bit of attention: https://www.thedailybeast.com/john-steinbeck-did-nobel-prize-winning-novelist-spy-for-the-cia-in-paris

And finally, my photo of the week: a restaurant revived by the Costes brothers that is now one of my favorite bistros:

Re-activating this list with some of my latest articles ...

Apologies to anyone who has written me on this address lately. I had deactivated this account because I thought social media were enough and I used another address for most of my business, but I realize now I prefer the interaction on this very limited mailing list.

To get things going again, here are a collections of some of my recent articles:

All the best, Chris
Christopher Dickey