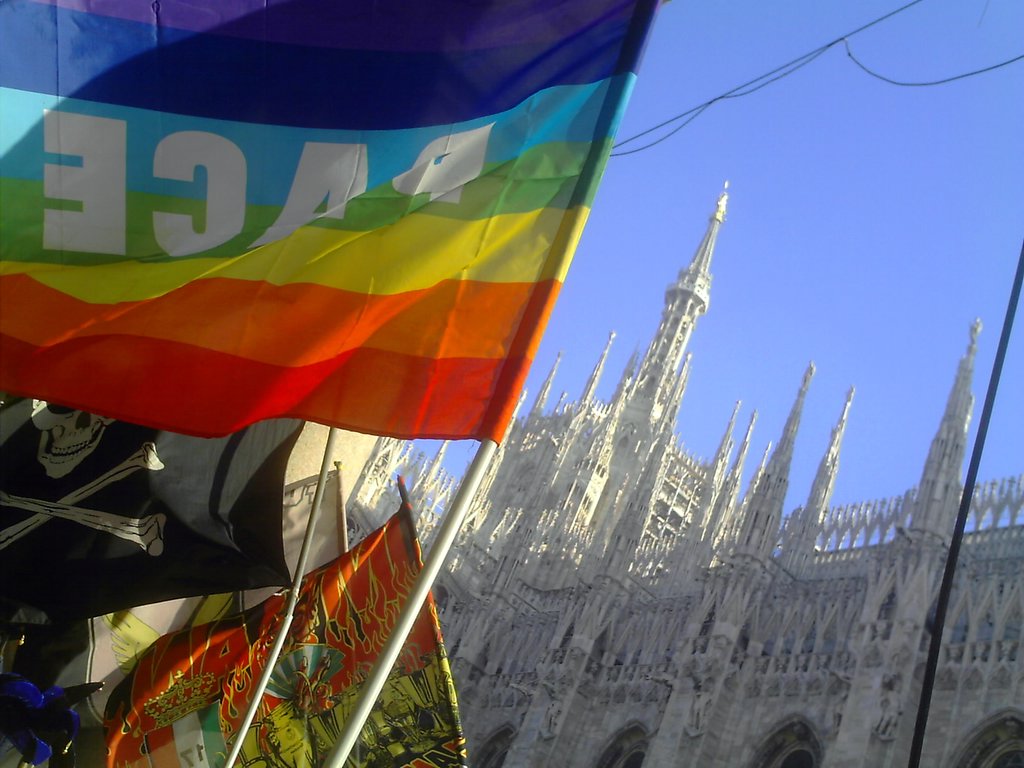 I've been traveling in Italy, where the Winter Olympics are about to begin, terror alerts are high, CIA kidnappers (or perhaps we should call them "renditioners") are about to go on trial in absentia, and several other stories are taking shape. I've also been following nuclear developments in Iran and the cartoon controversy, of course. On that last question, a couple of thoughts from my notebook last Tuesday, before Secretary of State Condoleezza Rice decided to point the finger at Iran and Syria:

An Arab colleague of mine who went to the Egyptian port of Safaga to cover the disappearance and drowning of 1,000 people in a ferry boat disaster over weekend sent me a pained text message from the scene: “Chris, To distract people from news of the Red Sea tragedy, Egyptian TV focuses more on the demonstrations of Muslims against Danish insults to Prophet Mohammed. What’s shocking is that even families here in Safaga Harbor awaiting the bodies are interested to know about the reaction to the insults!!”

I’ve been thinking about that message as I watch the concocted rage over a few lame cartoons published in a Danish newspaper last September escalate into a caricature of the long-dreaded clash of civilizations. Can this really be “a growing global crisis,” as Danish Prime Minister Anders Fogh Rasmussen declared at a press conference this afternoon?

Sadly, yes. And people are dying because of it. But there are important lessons to be learned from the early stages of this debacle that may yet help bring it under control and, perhaps, prevent eruptions of similar madness in the future.

For starters, however depressing this prospect may be, it’s important to understand that global communications are becoming a constraint on individual and journalistic freedom of expression. Most Americans are familiar with the notion, articulated in an opinion by Supreme Court Justice Oliver Wendell Holmes Jr. back in 1919, that the protection of free speech ought not apply to someone “falsely shouting fire in a theater and causing a panic.” The test is whether the speech, or art, or cartoon, if you will, creates “a clear and present danger.” And if it does, Holmes wrote, it should not be allowed. Well, today the whole world is a theater, and a bad joke in Denmark, the equivalent of shouting fire for the hell of it, can create catastrophe half way around the world.

I hate the notion we should be second-guessing what we say and do because some mad mullah who keeps his wives in purdah might get ticked off – and we’ll come back to that issue – but let’s not imagine that’s the whole problem. Do we have an inherent right to insult someone else’s faith? Their ethnicity? Their race? No. You can kid about yourself, but it’s a whole different matter when someone else is doing it, and looking down on you.

Think about it. Americans have gotten used to the idea that black people can use just about any term they want for each other, but white people can’t use the same words – especially one word – without causing great offense. It is inconceivable, I think, that a non-Jewish comedian in the United States would take it on himself to parody Jewish beliefs. That being the case, should we defend the right of non-Muslims to insult Muslims as a matter of good old All-American free speech? I don’t think so.

Okay. But whatever sensitivities were trampled by those crazy Danes, isn’t the reaction in the Muslim world over the top? You bet it is, and on that score we shouldn’t have any illusions, either. Outrage has always been a favorite tool of tyrants, as long as they thought they could keep it turned away from them. It’s a useful distraction, for instance, when 1.000 lives are lost at sea and families of the victims are starting to talk about government negligence.

But the most cynical exploitation of the caricature controversy must surely be the work of the regime in Damascus. President Bashar al-Assad and his most important cronies are part of a splinter sect of Islam, the Alawites, traditionally regarded as outright heretics by the mainstream Sunni faithful who make up the majority of Syria’s population. Defenseless Denmark is an ideal distraction for the Assad. In his police state, demonstrations are never spontaneous, never out of control. So it’s not surprising that some European politicians suggested the regime itself was complicit in ransacking the Danish embassy in Damascus over the weekend. A day later, members of a Muslim group with close ties to Syrian intelligence were among the Islamic flagwavers attacking the Danish embassy in Beirut, where Assad is still trying to prove that the only alternative to Syrian domination is sectarian chaos.

Assad was not only shouting “fire,” he was stoking the flames, and the tactic worked. Thanks to global 24/7 news coverage, the columns of smoke filling the skies over Damascus and Beirut heightened the sense of crisis everywhere – and anywhere that dictators, demagogues and thugs felt a grievance against Europe. As French scholar Olivier Roy points out in the current edition of Newsweek Internatonal, the cartoon controversy was used as an excuse to attack.

In London a minuscule group of wannabe jihadists sympathetic to the infamous Abu Hamza al-Masri, who was just convicted of preaching hate on Monday and sentenced to seven years in prison, held aloft signs with blatant incitements to terror – and blamed the cartoons for their anger. In Iran, where the government is under pressure because it looks like it’s lying about its “peaceful” nuclear research program, President Mahmoud Ahmadinejad exulted in the Danish distraction. As protesters tried to storm the Danish embassy, a leading Tehran newspaper announced it would run a competition for Holocaust cartoons.

In Turkey, a 16-year-old boy shot a Catholic priest, Don Andrea Santoro, as he was celebrating mass. According to Italian press reports, the alleged killer shouted “Allahu Akbar,” God is great, and later confessed to the crime, claiming he was driven crazy by the Mohammed cartoons. But the Italian papers also report from the scene that the boy had been hanging out with local gangsters who’ve made a big business trafficking girls from Russia and elsewhere into Turkey. Father Santoro had worked to rescue many of these women, and might well have been targeted for his good works, not Denmark’s bad jokes.

Each case is complicated, and each needs to be isolated, reported out, demystified, and disconnected from overarching theories of global confrontation. The more we focus on the motives of the Assads, the Abu Hamzas, the Ahmadinejads, the more we expose their tactics, the more we can defuse the “global crisis.” The role of the free press in these times is not to shout fire, and certainly not to play with matches. It’s to identify the arsonists who incite violence to promote fanaticism and protect their own fragile hold on power.

Shadowland: Battleground of Ideas 1 Feb 2006
Bush's State of the Union Message confirmed the Arab world's view of the U.S. president as a caricature who talks about strength and determination while projecting an image of stubbornness and confusion.
Posted by Christopher Dickey at 9:55 AM