The Bin Ladens: A New Reality Show in Tehran 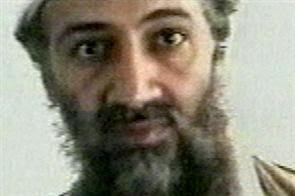 Shadowland: Al Qaeda’s Pandora, 5 January 2009 Osama bin Laden's 17-year-old daughter is trying to get out of Iran. Her story could expose ties between the mullahs and her father's terror networks.

She has spent almost half her life in chadors and hidden away behind closed doors, so we do not know exactly what she looks like. But if the 17-year-old girl who showed up unexpectedly outside the Saudi Arabian Embassy in Tehran last November resembles her father, she is tall and lissome, with angular features that would be hard to mistake. In any case, the Saudis quickly let Iman bint Osama bin Laden into their embassy compound, and she has been there ever since, waiting for a guarantee of safe passage out of the country.

That may be a long time coming. Already the story she has told has far-reaching implications. At a minimum, it complicates the on-again-off-again dialogue that Washington has tried to pursue with Tehran. And it could put Tehran right in the middle of the Obama administration's fight to wipe out Al Qaeda’s leadership. Iman's case is only the latest, most dramatic bit of evidence showing just how hard the mullahs' intelligence services have tried to turn Al Qaeda to their will, by carrot or stick. If they have not succeeded—and the jury is out on that question—it's not for want of trying. "This is a real Pandora's box for the Iranians," says an Arab intelligence analyst familiar with details of the case who did not want to be more closely identified because of the many sensitive issues involved.... http://www.newsweek.com/id/229434/page/1

Posted by Christopher Dickey at 9:06 AM