North Korea and "The Tyranny of Proximity"

A new post on The Daily Beast by Tom Rogan sketches the kind of strategy and tactics the U.S. might use if it takes military action against North Korea. What I am posting here is background information about the gravity of the risks, even putting aside the threat of containerised or component-smuggled nukes detonated in the U.S., or bottles of VX used, well, almost anywhere in retaliation. And then there are the plagues.

For decades, and for the present, the risk evaluations of war with the North Koreans have been focused on the city of Seoul, South Korea's capital, which lies only 25 to 35 miles south of North Korean territory that is bristling with big guns and ballistic missiles. To give an idea of that proximity, I am posting here several Google Earth screen shots. Thirty-five miles is roughly the distance, as the missile flies, from Baltimore to Washington, D.C.; Bridgeport CT to Manhattan; Reading to London; Joliet to Chicago; Silicon Valley to San Francisco.

This L.A. Times article from 14 years ago lays out the basics of the military option and its perils very well. Note that it was published at the mas macho moment of the George W. Bush administration, weeks after the fall of Baghdad, when the American government and many of the American people still believed in the salutary power of "shock and awe"—an attitude we see returning with the Trump administration. And it was written before Pyongyang had any serious nuclear capability. But the scenarios even then ranged from "bad to apocalyptic." I found it reprinted on the website of the UCLA School of Public Health, Department of Epidemiology, under the heading "Bioterrorism," and this passage is particularly arresting:

The arsenal [in range of Seoul's 12 million people and tens of thousands of U.S. troops] includes 13,000 artillery pieces, along with rockets, multiple-rocket launchers and more than 650 ballistic missiles. Warheads on the missiles can be armed with nerve gas and blistering and choking agents. The North Koreans continue to develop biological weapons such as anthrax, plague, cholera and even smallpox, according to U.S. intelligence.

Source: Los Angeles Times, May 27, 2003
Seoul's Vulnerability Is Key to War Scenarios
A U.S. strike on the North may provoke a catastrophic retaliation against South's capital.
By Barbara Demick, Times Staff Writer
SEOUL -- When the U.S. military tries to explain the difficulty of using force to stop North Korea's development of nuclear weapons, the oddly poetic phrase it turns to is the "tyranny of proximity."
The phrase, which has been in the lexicon of the U.S. forces in South Korea for years, stems from the imposing array of conventional artillery that the North Koreans have dug into the hills just north of the demilitarized zone, a mere 30 miles from this capital city of 12 million. The nightmare scenario is that if the United States opts for a more forceful approach to curb North Korea's nuclear ambitions, the communist regime would retaliate not only against the 38,000 American troops stationed in South Korea, but also against South Korea itself.
North Korea last Tuesday bluntly reminded Seoul of its vulnerability when an envoy threatened the South with "unspeakable disaster" if it sides with Washington in the crisis. 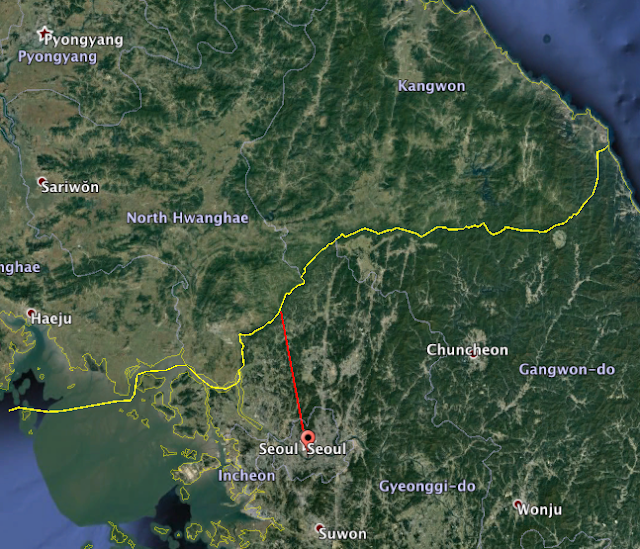 The comment — which ironically was made at the opening of talks about South Korean economic assistance to the impoverished North — underscores the degree to which Seoul is being held hostage.
Although the North Koreans later apologized, it goes a long way toward explaining the predicament of South Korea's new president, Roh Moo Hyun, as he tries to walk a fine line between a menacing neighbor and his country's most important ally.
At their recent summit in Washington, Roh and President Bush did much handshaking and smiling. But behind the outward bonhomie, they were able to agree on little more than the basic view that nuclear weapons are bad and that a diplomatic solution is preferable to war.
The South Koreans have consistently urged the United States to show more patience toward North Korea and have made it clear that they would prefer that Bush officials not speak openly about the use of military strikes against the North.
To some extent, the differences boil down to this: where one sits affects how one thinks.
"Given the geography of the Korean peninsula, there is no alternative to resolving this issue but dialogue," said South Korean Foreign Minister Yoon Young Kwan at a recent meeting of foreign correspondents. 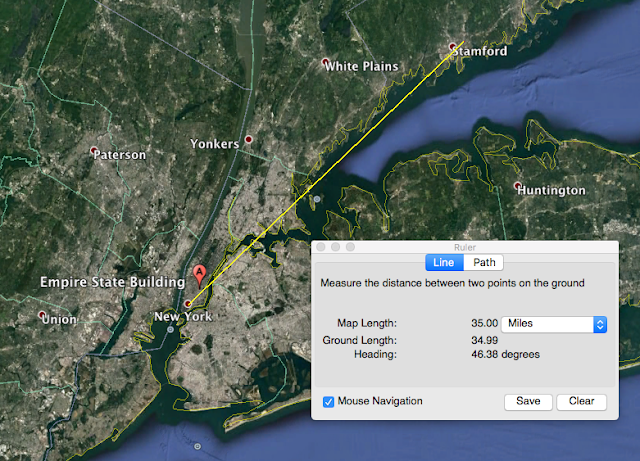 For the moment, the Bush administration is pushing hard on the diplomatic track, and another round of talks with North Korea and others is expected to be announced shortly, according to diplomats. Options short of attack that are also under discussion include a naval blockade and economic sanctions.
But the military option hovers over South Korea, quietly depressing stock markets and bond ratings. Even the slightest, off-the-cuff comment by Bush or Defense Secretary Donald H. Rumsfeld can rattle the financial markets.
South Koreans are nervous as well about the Pentagon's determination to move the main U.S. garrison out of Seoul within the year and then start relocating 2nd Infantry troops from the Demilitarized Zone, or DMZ.
The moves give the United States more flexibility to eventually take military action by getting its troops out of the same hostage position as millions of South Koreans. The Bush administration reportedly turned down a request by Roh's delegation to delay the move until the North Korean crisis is resolved.
Seoul's location so close to the potential front line is a result of post-World War II partitioning, when U.S. officials picked the 38th parallel to divide the peninsula in half while barely keeping Seoul out of the communist-controlled sector. In the rapid postwar development of South Korea, nearly half the country's population ended up within a three-minute flight of the DMZ. 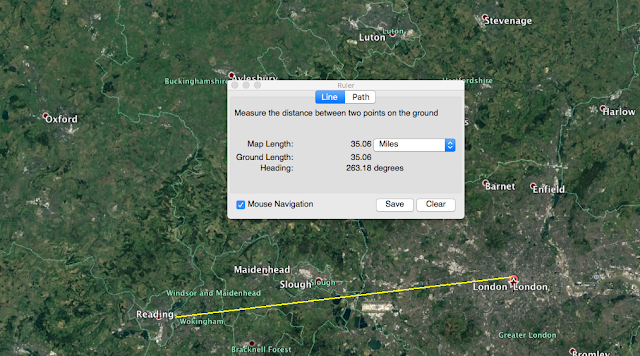 Estimates of the damage that could be inflicted by a North Korean attack range from bad to apocalyptic. Lee Yang Ho, defense minister during a similar nuclear crisis in 1994, said one computer simulation conducted during his term projected 1 million dead, including thousands of Americans.
"It is assumed that if the United States were to strike North Korea that the North Koreans would fight back," Lee said. "All industry would be destroyed, gas stations, power plants. This is such a densely populated area that even if North Korean artillery were not very accurate, anyplace you would hit there would be huge numbers of casualties."
U.S. military experts who have contemplated strikes on North Korea agree. 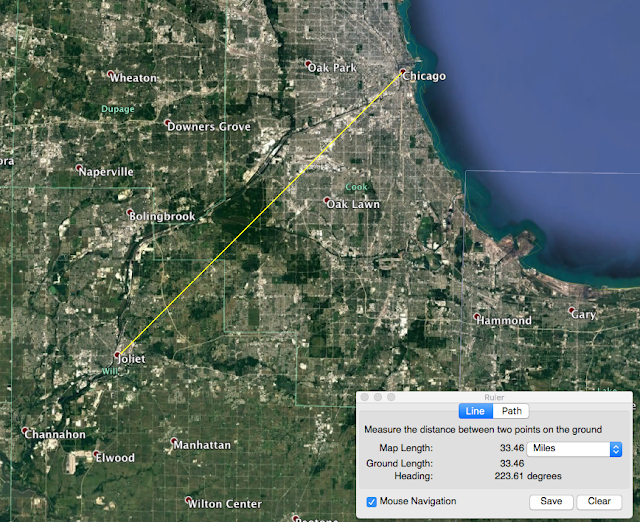 A senior U.S. intelligence officer speaking on condition of anonymity said that any war on the peninsula would be far deadlier than what took place in the desert terrain of Iraq.
North Korea — one of the world's poorest nations, and one with only 22 million people — has the world's fifth-largest armed forces and third-largest army.
Roughly 30% of the country's gross domestic product is devoted to the military, about 10 times the percentage of most countries. Its submarine force and 100,000-strong special operations forces are the world's largest.
Moreover, most of the regime's weaponry is deployed within easy striking distance of Seoul, and the troops have continued to mass closer to the frontier even during the last few years of outwardly cozy relations with South Korea.
If South Koreans have at times seemed almost blase about North Korea's development of nuclear weapons and ballistic missiles, one reason is that the North could inflict serious enough damage even with garden-variety weapons.
The arsenal includes 13,000 artillery pieces, along with rockets, multiple-rocket launchers and more than 650 ballistic missiles. Warheads on the missiles can be armed with nerve gas and blistering and choking agents. The North Koreans continue to develop biological weapons such as anthrax, plague, cholera and even smallpox, according to U.S. intelligence.
"It is not a modern military, but it is a very capable military," another U.S. intelligence officer said. "They have studied our military very carefully, and they have shaped their strengths accordingly." 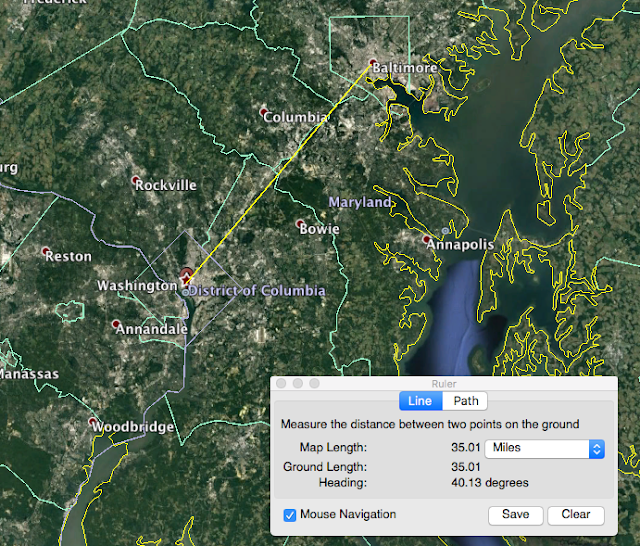 The officer added that the North Koreans would most likely strike first if they thought the U.S. was massing troops in the South, as it had in the Persian Gulf region just before the 1991 war against Iraq.
"Unlike Saddam Hussein, who gave us six months to bring in half a million troops, [North Korean leader Kim Jong Il] can prevent us from bringing soldiers into the theater," the officer said.
There is little doubt that American and South Korean forces would prevail in a direct clash with North Korea. U.S. military intelligence believes that an advance by the North would be stopped short of Seoul — but at great cost to human life....
In June 1994, the U.S. considered a strike against the nuclear development facilities at Yongbyon, located alongside a mountain north of the capital, Pyongyang.
According to subsequent accounts, President Clinton was about to order additional U.S. troops to South Korea and an evacuation of American civilians from Seoul. But former President Carter went to Pyongyang and managed to strike a deal.
A commentary read Wednesday on state-run North Korean television credited the communist nation's formidable military for the decision not to go to war. 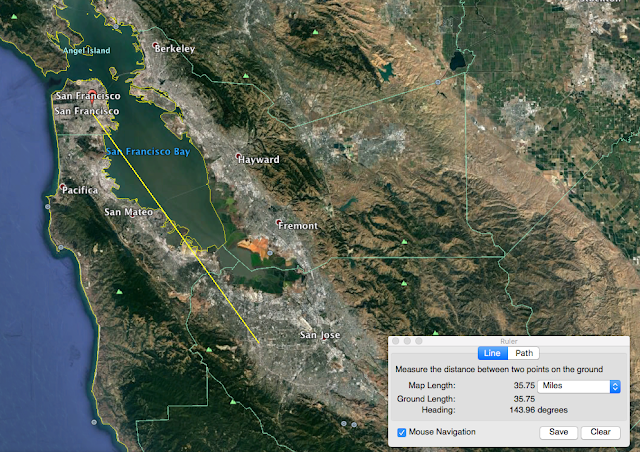 "The U.S. imperialists did not dare ignite the fuse of war — because they feared our physical strength [and] military power. Had we not had such power at the time, we would have long fallen into the current Iraqi situation," the unnamed commentator declared.
William J. Perry, defense secretary at the time, described at a recent Brookings Institution forum the dilemma in which the administration found itself trying to stop North Korea from developing nuclear weapons.
"There are overwhelmingly strong reasons for not wanting a war with North Korea.... The million-man army they have lined up, the thousands of artillery pieces they have targeted at Seoul, all of those guarantee that even in the absence of nuclear weapons, a war would be a catastrophe," Perry said. "In spite of that, we risked a war in 1994 to stop that nuclear program and I think we would do it again."

For more on how the Clinton administration almost went to war with North Korea in 1994, why it didn't, and what happened to avert the apocalypse, see these excellent interviews from a Frontline series made during the G.W. Bush administration.
Posted by Christopher Dickey at 10:00 AM