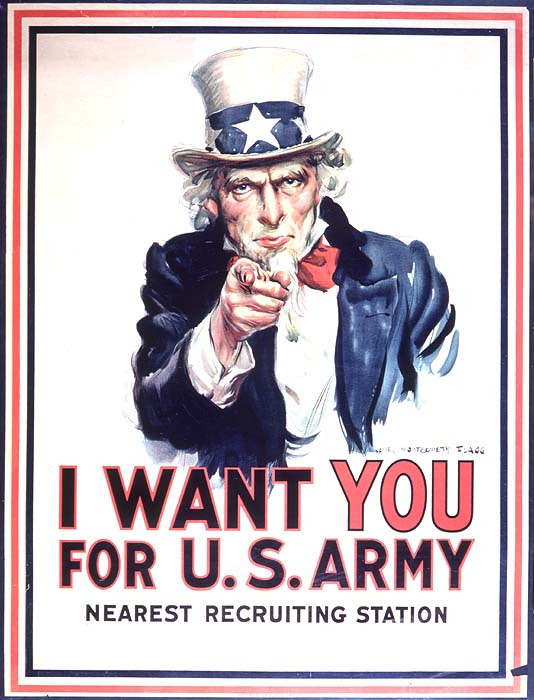 "The Tucson recruiters, trained to sell people on the military, often used those skills to recruit for the drug ring, helping the sting to mushroom, court records show."
-- Carol Ann Alaimo in The Arizona Daily Star.

Shortly after 9/11, the FBI investigated complaints that an Arizona Army National Guard recruiter at a strip mall in Tucson was taking bribes for fixing test results. The undercover officer who went to question the suspect recruiter was offered not only the chance to pay for the grades needed to join the service -- but to buy cocaine from the back of the recruiter's car.

So began the sting operation named "Operation Lively Green" -- as in uniforms, as in dollars, as in "the color of their authority," according to a Justice Department press release last year which named "16 current and former U.S. soldiers and law enforcement officers" who copped pleas for "participating in a widespread bribery and extortion conspiracy."

This is the way the DOJ laid out the case:

In documents filed today in federal court in Tucson, Arizona, each defendant agreed to plead guilty to one count of conspiracy to enrich themselves by obtaining cash bribes from persons they believed to be narcotics traffickers. Those individuals were actually Special Agents from the FBI, and the defendants used their official positions to assist, protect and participate in the activities of what they believed was an illegal narcotics trafficking organization engaged in the business of transporting and distributing cocaine from Arizona to other locations in the southwestern United States.

In order to protect the shipments of cocaine, the defendants wore their official uniforms and carried their official forms of identification, used official vehicles, and used their color of authority, where necessary, to prevent police stops, searches, and seizures of the narcotics as they drove the cocaine shipments on highways that passed through checkpoints manned by the U.S. Border Patrol, the Arizona Department of Public Safety, and Nevada law enforcement officers. Many of the defendants also accepted additional cash bribes in return for recruiting other public officials they believed to be corrupt to further facilitate the activities of the fictitious narcotics trafficking organization.

According to court documents, all of the defendants escorted at least two shipments of cocaine from locations such as Nogales, Arizona and Tucson, Arizona to destinations which included Phoenix and Las Vegas, Nevada. The defendants pleading guilty today transported a total of over 560 kilograms of cocaine and accepted over $222,000 in cash bribes as payment for their illegal activities.

In one instance, on Aug. 22, 2002, several of the defendants drove three official government vehicles, including two military Humvees assigned to the Arizona Army National Guard (AANG), to a clandestine desert airstrip near Benson, Arizona, where they met with a twin-engine King Air aircraft flown by undercover agents of the FBI. Those defendants, while in full uniform, supervised the unloading of approximately 60 kilograms of cocaine from the King Air into their vehicles. They then drove the cocaine to a resort hotel in Phoenix where they were met by another undercover agent of the FBI, posing as a high-echelon narcotics trafficker, who immediately paid them off in cash.

In another instance, on April 12, 2002, defendant John M. Castillo, 30, while on duty as an inspector for the INS at the Mariposa Port of Entry located on the U.S. border at Nogales, Arizona, twice waved a truck he believed to be carrying at least 40 kilograms of cocaine through the border without being inspected. On or about Aug. 1, 2002, Castillo also sold an undercover FBI agent INS documents which fraudulently provided for the entry of undocumented aliens into the United States.

The article in the Arizona Daily Star looks at the fact that the recruiters involved made frequent visits to local high schools to persuade the kids they had a future in the military. So far as the paper was able to determine, they did not recruit any students into the ranks of abusers, dealers or traffickers. - C.D.

Posted by Christopher Dickey at 8:14 AM

Thanks for your information this is very usful for drugers,i seems full blogs ,