ETA: Beauty is the Beast 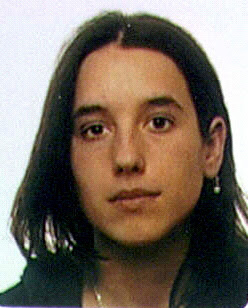 Apologies for the tabloid headline, but until her capture last week, 26-year-old Saioa Sánchez Iturregui was listed by Spain's Guardia Civil as one of the most-wanted members of the Basque terrorist organization ETA.

News reports have fingered her as the suspected shooter in the Dec. 1 murder of two members of the Guardia in the southern French city of Capbreton.

Fernando Trapero, 23, and Raul Centeno, 24, reportedly had been installing surveillance equipment when they decided to take a break in a local cafeteria. A source with detailed knowledge of the investigation told me the two young officers, who were in plain clothes, made the mistake of talking about their work loud enough for others in the restaurant to hear. They failed to recognize three people nearby -- possibly seated at an adjacent table -- as some of ETA's most wanted figures.

One of those was Sánchez, known as Hintza, who reputedly was part of ETA's "Vizcaya Commando" responsible for several bombings in Spain before the organization called a truce that lasted from March 2006 until June 2007. (Notwithstanding the supposed ceasefire, a truck 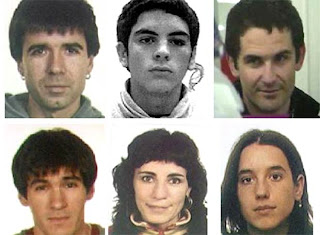 bomb was set off in the parking garage at Madrid airport in December 2006.) Sánchez's photo had been circulated by Spanish authorities since last July, along with other members of her cell wanted by the authorities. Three of them were captured afterwards.

According to my source, while the two Guardias in Capbreton were still in the restaurant, one of the three Etarras went outside and checked out their car, an unmarked vehicle the French police had loaned to the Spanish agents. There were also papers in the vehicle establishing that the two men inside the restaurant were cops.

The three Etarras decided that instead of running, they would murder the policemen when they went back to their car. According to news reports, the girl in the group did the shooting. For four days French police tracked the suspected killers across southern France, finally catching up with them in the department of Lozère, in the region of Languedoc-Roussillon. According to the daily "Le Parisien," one of the ways the cops identified the suspect was that she still wore earrings like the ones witnesses saw on the shooter. She also had a gun, according to "Le Parisien," and a search of the car she was in turned up 142 cartridges. Only later was she ID'd as Sánchez. The alleged accomplice arrested with her is named as Asier Bengoa.

Still at large: a third man whose identity, if it is known, has not yet been made public. Some press reports suggest he might be Txeroki (pronounced more or less like Cherokee), who is now the military commander of ETA. He reportedly had met with Sánchez in France in the past. But my source says there's nothing solid at this point to indicate Txeroki was on the scene in Capbreton when Trapero and Centeno were gunned down. - C.D.
Posted by Christopher Dickey at 12:04 PM