According to the French weekly "Journal du Dimanche" the one man held for questioning in this bombing has been released, but police are still looking for a small, slightly built woman seen exiting the building just before the explosion. She was wearing a motorcycle helmet with the visor up and a large, loose jacket, or perhaps biker overalls like those worn by motorcycle courriers in Paris. A witness reportedly remembered her face as "Mediterranean-looking."

The bomb was one of three packages which looked like the business gifts common during the Christmas season. One was wrapped in gold and labeled for the office staff. It contained chocolates, some of which already were being eaten as the other packages were opened. The second, wrapped in silver, was a bottle of good pink Champagne destined for a woman partner in the firm. The third, wrapped in black, was addressed to the real estate attorney Olivier Brane with the note: "In memory of a complicated real estate transaction." He expected to find a bottle of Kentucky Bourbon. Instead, two well-constructed pipe bombs were inside, one of which detonated completely. The explosion, which tore up Brane's hand and injured his eye, killed 74-year-old secretary Jacqueline Ben Bouali.

Questioned in the hospital by police, Brane reportedly said he could think of no one who would target him this way, and appeared puzzled by the note about real estate transactions. "But they're all complicated!" he said, according to the JDD. - C.D. 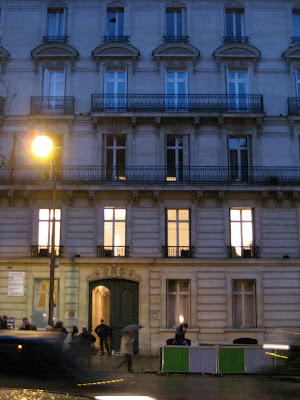 A bomb delivered to a law office on what the French would call the fourth floor of this building at 52 Boulevard des Malesherbes killed a receptionist and seriously injured one of the attorneys. The package apparently was dropped off early Thursday afternoon by a woman wearing a motorcycle helmet. The international headlines made by this story were considerably bigger than the blast. The only outward sign of damage at the building is the broken window. - C.D. 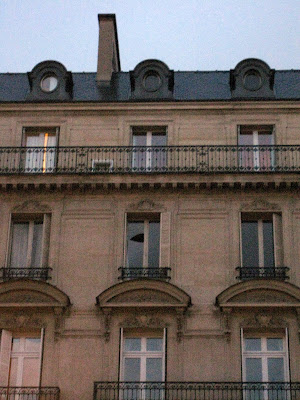 PARIS (AFP) (December 7, 2007)— French police were questioning a man Friday over a parcel bomb attack on a Paris lawyers' office in which an assistant was killed and a lawyer seriously wounded, officials said.

The unnamed 45-year-old man was the object of a harassment complaint two years ago from the senior lawyer at the office Catherine Gouet-Jenselme, 60, though the case never reached court, they said.

Police also said they are looking for the woman who delivered the booby-trapped packet to the fourth floor office shortly after noon Thursday. The woman, described as small, was wearing a motor-cycle helmet and left the scene straightaway.

The building in Paris's fashionable eighth arrondissement, or district, also houses the law office where President Nicolas Sarkozy once worked, as well as the Foundation for the Memory of the Holocaust.

However investigators believe it most likely that the attack was an act of personal vengeance rather than political.

The blast killed 60-year-old secretary Jacqueline Belbouai, who opened the packet, and injured Olivier Brane, 58. The lawyer was hospitalised but his life is not in danger.

Colleagues at the law firm said the parcel was addressed jointly to Gouet-Jenselme and Brane, but they were baffled over why they were targeted.

The law office deals mainly with uncontroversial civil matters such as divorce, property and insurance disputes, they said.

Interior Minister Michele Alliot-Marie, who visited the scene Thursday, said police were keeping an open mind but were confident that the bomb was not delivered to the law firm by mistake.

"There is no favoured theory... It is too early to be able to come to any conclusions. But the other activities in the building were clearly identified, so it seems clear that it was someone in the law firm who was the target," she said....(more)

Posted by Christopher Dickey at 12:23 PM