"It was a Wal-Mart for Guns" 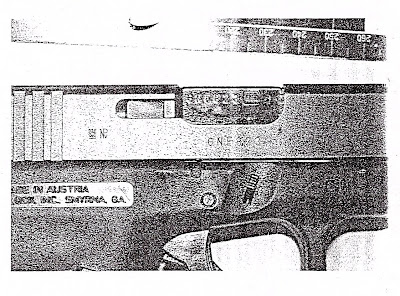 The scale of the scandal of corruption in Iraq seems almost limitless. Every week, American soldiers are killed by small arms fire, and many of the small arms in the hands of killers all over Iraq and now all over the region originally were purchased with American taxpayer dollars.

Newsweek looked at this enormous crime in the article we published a couple of weeks ago:

Newsweek: Iraq's Arms Bazaar 12 August 2007
How firearms intended for Iraqi security forces are winding up in the hands of extremists across the region.

But the problem is so extensive and so ingrained in this conflict that it's hard to encompass with a single article. This AP dispatch published on MSNBC moves a little further along the path toward the truth, but also gives a good idea why this story is so hard to report:


Cases show fraud exposers have been vilified, fired, or detained for weeks

One after another, the men and women who have stepped forward to report corruption in the massive effort to rebuild Iraq have been vilified, fired and demoted.

For daring to report illegal arms sales, Navy veteran Donald Vance says he was imprisoned by the American military in a security compound outside Baghdad and subjected to harsh interrogation methods.

There were times, huddled on the floor in solitary confinement with that head-banging music blaring dawn to dusk and interrogators yelling the same questions over and over, that Vance began to wish he had just kept his mouth shut.

He had thought he was doing a good and noble thing when he started telling the FBI about the guns and the land mines and the rocket-launchers — all of them being sold for cash, no receipts necessary, he said. He told a federal agent the buyers were Iraqi insurgents, American soldiers, State Department workers, and Iraqi embassy and ministry employees.

The seller, he claimed, was the Iraqi-owned company he worked for, Shield Group Security Co.

Posted by Christopher Dickey at 12:24 PM